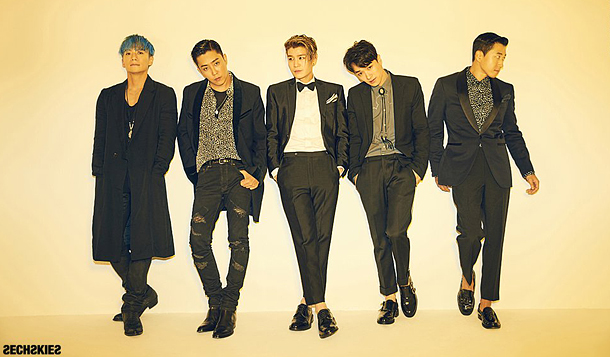 According to an announcement made by their agency YG Entertainment on Wednesday, the first-generation idol group will unveil their upcoming album “Re-Album” on Dec. 1. The record will contain ten of the group’s biggest hits “re-recorded, rearranged, and remastered” by YG producers to create “2016 versions,” instead of containing new songs.

The idea for the remake album reportedly came from YG CEO Yang Hyun-suk, who was inspired by the group’s recent sold-out reunion concert in September. According to the company, Yang hoped to re-introduce the group’s songs to a younger generation of music fans.

The boy band’s most recent single “Three Words,” which is their first song to be released in 16 years, was a huge success, eventually placing at first on the Gaon monthly music chart. News of their recent reunion even helped to propel many of their old hit songs from the 1990s to the top 100 as well.

While fans have expressed disappointment from news of the remake album, the songs will be “completely refreshed” according to the company. Additionally, new songs by the group will reportedly be announced during their 20th anniversary concert to be held in April.