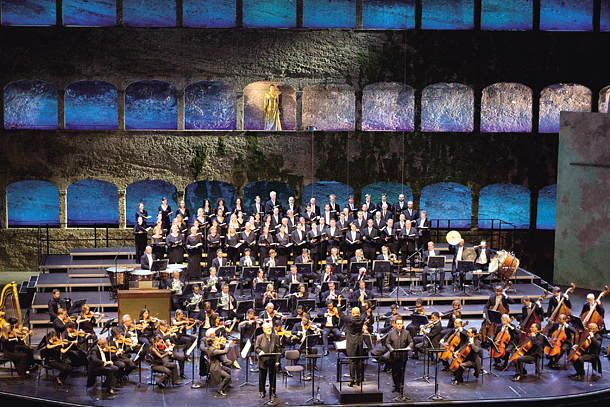 A scene of Verdi’s “Giovanna d’Arco” being performed during Salzburg Festival in 2013. Soprano Anna Netrebko, top center, will also appear as Aida next year in Verdi’s “Aida.” [SILVIA LELLI]

One of the most prestigious classical music festivals in Europe, the Salzburg Festival announced next summer season’s program, which includes about 200 programs of concerts and operas.

To appeal to Korean audiences, the festival organizers, Helga Rabl-Stadler, president of the Salzburg Festival, and Markus Hinterhäuser, the festival’s artistic director, visited Korea for the first time on Wednesday.

“After Wien, Salzburg has the most number of Korean students studying music in Austria,” said Rabl-Stadler during the press conference on Wednesday in central Seoul. “Each summer, over 200,000 visitors from around the globe visit the festival, and among them, about 2,500 are from Korea. About half of Koreans, from what we know, fly in from Seoul,” she added, explaining why the organizers decided to personally come to Seoul and let Koreans know about the festival.

“By forming this new relationship from this year, we hope to make friends in Korea, both artists and classical music enthusiasts who can work with us and support us,” she said. 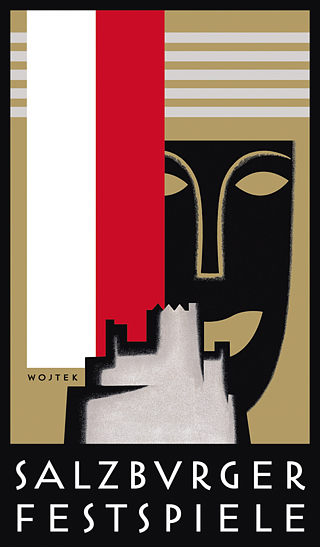 Under the direction of renowned Austrian pianist Hinterhäuser, who held a concert at the Lotte Concert Hall on Tuesday, the festival will showcase 40 opera pieces, 79 concerts and 54 plays from Jul. 21 to Aug. 30 next year.

“We started off with a question: What does a festival have to tell in our time,” said Hinterhäuser, adding that for the upcoming festival, it’ll be “a reflection about strategies of power.”

There’s going to be an array of new opera productions, including Mozart’s “La Clemnza di Tito,” directed by Peter Stellars under the baton of Teodor Currentzis; Shostakovich’s “Lady Macbeth of the Mtsensk District,” with Nina Stemme playing Katrerina, among many others.

Verdi’s “Aida” is also much anticipated as renowned soprano Anna Netrebko will be singing the title role Aida. A Korean soprano, Vittoria Yeo, has also been cast to perform as Aida in three performances - on Jul. 22, 25 and Aug. 8.

“The upcoming production of ‘Aida’ will be quite refreshing to the audiences as it will have a completely different staging and its focus is not on showing orientalism but how we should view the current world, with hierarchies, about social and religious situations,” said Hinterhäuser. “The new ‘Aida’ will be directed by Iranian-born artist and filmmaker Shirin Neshat, who will be making a debut as an opera director at the festival.”