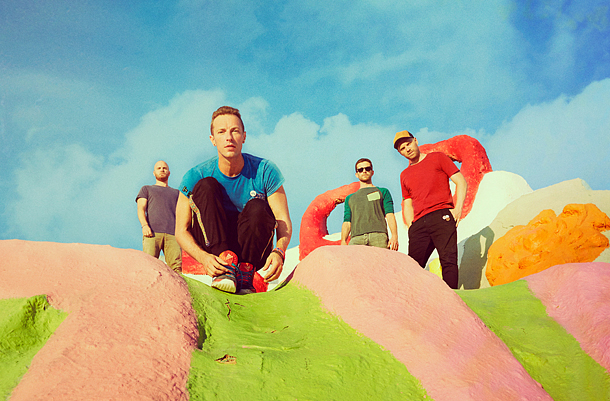 The ticketing war among fans to see Coldplay in concert next year will continue today.

Amid an explosive response that led to a brief loss of server connection on the first day of ticketing Wednesday at noon, every single seat was sold out almost immediately despite being available only to holders of a Hyundai Card.

Additionally, tickets were being resold on online used markets for as high as 1 million won ($852), while many requests to buy tickets were posted as well.

Another chance to purchase tickets becomes available again today for everyone, including those without Hyundai Cards, through ticketing sites Interpark and Yes24 at 12 p.m. Ticket costs range from 154,000 won to 132,000 won for standing and 143,000 to 44,000 for sitting seats.

The Grammy Award-winning rock band will play at the Seoul Olympic Stadium on April 15 next year as part of the Asian leg of their world tour. It will be the band’s first-ever concert in the country.