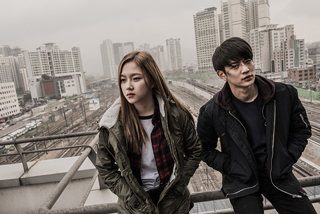 Hyeong-seok, played by Ma Dong-seok, is a corrupt business owner running an illegal karaoke bar. Women working at the karaoke provide sexual services to male customers, and what’s more is that most of those women are runaway teenage girls who Hyeong-seok has lured to work there.

He one day kidnaps Ga-yeong, played by Jeong Da-eun, to force her to work for him. When Ga-yeong’s boyfriend Jin-il, played by singer-actor Choi Min-ho, finds out about this, he kidnaps Hyeong-seok’s beloved middle-school daughter to get her girlfriend back. The two get into a vicious fight to save their loved ones

This is the first time that Choi has taken the lead role in a film, and the singer-actor has been gaining acclaim for his acting abilities. Choi is a member of the boy group SHINee, whose recent release was a hit on numerous music charts.

Ma ,with his muscular body and macho strength, is getting a lot of buzz for his portrayal of the character in the film.

He made his debut in 2005 by appearing in “Heaven’s Soldiers,” and since then has continued his career as an actor who mostly plays abusive gangster characters.

Known for his masculinity, Ma has become an iconic character actor over the past several years. 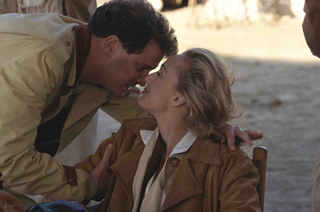 The 1996 film that won nine Academy Awards, including Best Picture, Best Director and Best Supporting Actress (Juliette Binoche) is coming back to theaters. Based on a romance novel by Michael Ondaatje, the story revolves around a war scene during World War II.

Hana, played by Juliette Binoche, works as a nurse in a field hospital in Italy, where one day, an injured pilot, played by Ralph Fiennes, arrives. He was severely burned due to a plane wreck, but he cannot remember anything about himself. He doesn’t remember his name, has no idea why he has ended up there, and even forgot where he’s from. His accent gives him the name “the English Patient,” and he is taken care of by Hana.

With bits and pieces of his memories, Hana helps the patient weave back his lifetime story, which later reveals that the patient was a Hungarian noble Count Laszlo Almasy, who used to explore to map uncharted territories in North Africa. As the two share more stories, Laszlo comes to tell his love story to his caring nurse. During his expedition in the Sahara Desert, he was isolated in a cave with Katherine, played by Kristin Scott Thomas, and fell in love with her. Katherine, however, was already married to another man. This unfortunately leads to tragic results, and Laszlo seems to heal his physical and mental wounds as he spends more and more time with Hana.

Amid the caring mood between Hana and Laszlo, however, intelligence agents who know of the patient’s disgraceful past acts join the two, ready to reveal his deepest secrets. How will the sudden appearance of the agents affect the friendly relationship between the nurse and the patient? 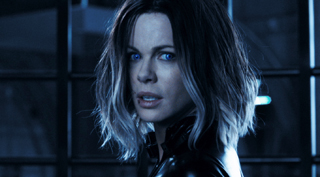 For vampire death dealer Selene, played by Kate Beckinsale, the on-going war between vampires and the Lycan clan also has a personal meaning - the Lycans have killed many of her loved ones. When the Lycans return to fight her, she feels disgusted even confronting them, refusing to be tangled up in the mess gain, but she has no choice. The Lycans are searching for her blood to gain power.

As the Lycans approach her with their new head Marius, played by Tobias Menzies, Selene stands up with her only allies David, played by Theo James, and his father Thomas, played by Charles Dance, to overturn their pride as a mighty group of fighters.

Selene might be placed in a lonely position, not trusted by other vampires and facing numerous villains greedily desiring her blood, but she has to put an end to the war that has been going on for centuries.

Beckinsale’s thrilling action scenes make it hard to believe that the veteran actress has already reached 43 years old, making the audience question whether she is an immortal vampire in real life as well. 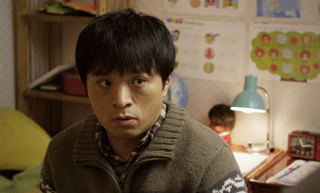 Dong-hyeon, played by Jeon Suk-ho, just got released from prison, but faces a deathly threat just after he gets out - if he fails to pay back his moneylender, he may be forced to sell his kidney.

Dong-hyeon decides to seek help from his older brother, Dong-geun, played by Jin Yong-ok, who has an IQ of 48. Even though they hadn’t seen each other for seven years, Dong-hyeon shamelessly asks his brother to offer to sell his kidney instead of his own, but, of course, fails in persuading him.

With nowhere to go, Dong-hyeon decides to stay at his brother’s place, where Sun-woo, played by Lee Jeong-ju, and Jae-jin, played by Lee Hyeok, who are both disabled, also live. At first, Dong-hyeon treats the two unkindly and even steals some of their money. Despite Dong-hyeon’s naughty acts, the atmosphere warms up as Dong-geun shows unconditional love for his little brother and kindness towards Sun-woo and Jae-jin.

The film’s actors are gaining critical acclaim for their depictions of the characters, with many viewers saying that it was difficult for them to tell if the actors who played Sun-woo and Jae-jin were handicapped in real life as well. How the film sends the heartwarming message about not looking at others with prejudice adds to the positive remarks the piece is receiving.

As a sequel to the 2012 film “Jack Reacher,” the film is starring Tom Cruise again as the heroic protagonist, Jack Reacher. The piece is based on Lee Child’s bestselling novel “Never Go Back” (2013). When his successor Susan Turner, played by Cobie Smulders, is arrested for military espionage, only Jack Reacher assures her innocence and helps her in getting out of the situation.

In the process of chasing after the truth, however, numerous people involved in the case get murdered one after another, and Jack soon finds out that someone is trying to control everything.

The film is filled with fascinating Tom Cruise actions scenes that never get old, and Jack’s bright mind and exceptional intuition add to the excitement. As Jack handles the many cheap villains lightly with strong punches and witty lines, spectators are expected to feel refreshed as they head out of theaters. 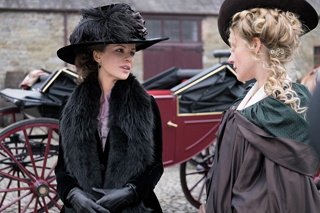 Jane Austen often told stories surrounding the daily life of gentries in Britain at the end of the 19th century. The novelist is well known for her famed works “Sense and Sensibility” (1811) and “Pride and Prejudice” (1813), among others.