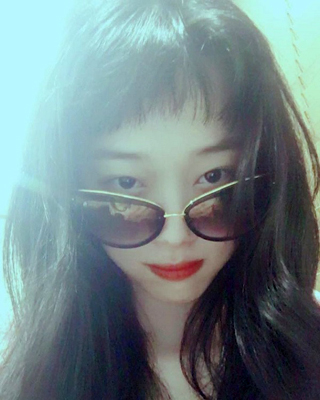 Idol singer-turned-actress Sulli was sent to an emergency room due to a wrist injury on Thursday.

The former girl group member was reportedly treated for 30 minutes and received an X-ray due to a 5-centimeter (2-inch) cut in her wrist that was “deep enough to see her veins,” as confirmed by the Seoul National University Hospital.

The actress’ agency SM Entertainment said that her injury was caused due to “carelessness” at home.

The former singer previously revealed her relationship with Choiza, a member of the hip-hop group Dynamic Duo, which made headlines due to their 14-year age difference. The two have been recently wrapped up in rumors on online forums about problems in their relationship, according to Chosun Ilbo. The rapper’s agency Amoeba Culture refused to comment due to the “problem involving the artist’s personal life.”

The singer-turned-actress officially left her former band f(x) in 2015 to pursue a career in acting. She was recently cast in the upcoming film “Burning,” which will also star actors Yoo Ah-in and Kang Dong-won.