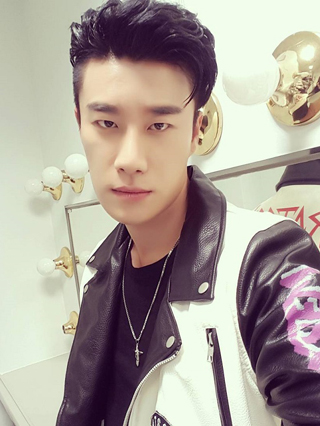 The new single released by rapper San E is turning heads and topping charts with its controversial lyrics.

His song “Bad Year” released on Thursday became a hot topic of discussion when its seemingly harsh lyrics about a bad breakup were suspected to be a double entendre about the Choi-gate political scandal.

One part of the song that could be heard as a yawn was actually lyrics that translate to “resign,” while another part of the song talked about how a girl was “nothing but a marionette.” The biggest giveaway was when the rapper began to say “Chae Soom Suil,” which rhymes with the name of the friend of President Park at the center of the controversy, Choi Soon-sil.

Upon release of the track, the rapper managed to top seven music charts, including Genie, Melon, Bugs, and Naver Music, as well as becoming the most searched term on portal site Naver.

“The song was already completed some time ago, while the lyrics were slightly changed based on current affairs,” said the rapper’s agency Brand New Music in response to the reception. “The song is open for interpretation to anyone.”