Lee Hyo-ri to have a new album next year

Lee Hyo-ri to have a new album next year 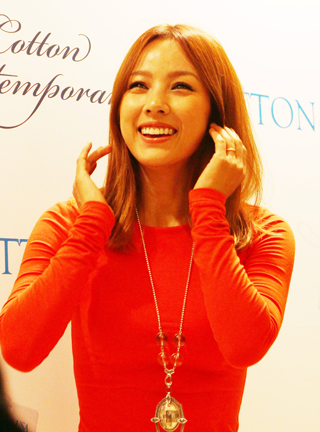 Pop diva Lee Hyo-ri is coming back after a long hiatus with a brand-new album.

The singer once referred to as Korea’s Beyonce announced her partnership with Kiwi Media Group on Thursday, and is looking to have an album released by early next year. Lee will co-produce her upcoming album along with Kiwi CEO and long-time producer Kim Hyung-seok. They reportedly enlisted the help of songwriter Kim Do-hyun as well, who wrote Lee’s solo debut single “10 Minutes” in 2003.

Additionally, Kiwi said that most of the songs from the upcoming album were self-written and composed by Lee herself.

The upcoming record will be the singer’s first in four years since the release of her previous album “Monochrome” in 2013. She has largely avoided making many public appearances since she married her husband Lee Sang-sun in the same year.

The singer originally debuted as a member of the first-generation idol girl group Fin K.L in 1998 with their album “Blue Rain.” After the group disbanded in 2002, she has since went on to lead a successful solo career in both television and music and has now become a well-known advocate of animal rights.