Minjoo lawmaker says Choi was behind decision to deploy Thaad

Minjoo lawmaker says Choi was behind decision to deploy Thaad 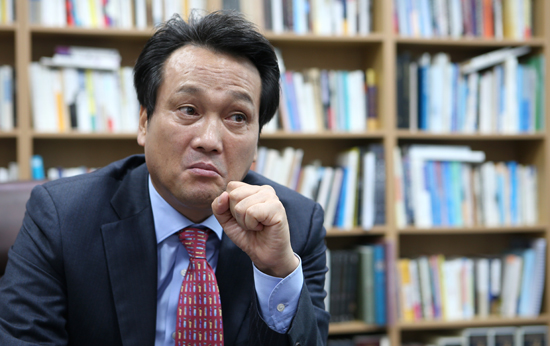 He went on to allege that the president’s close friend, who is at the center of an influence-peddling scandal known as Choi-gate, would have pocketed a large commission from the deal with Lockheed Martin, the American arms producer.

“To my knowledge, Choi met with the Lockheed Martin chairperson in June,” said An, a four-term lawmaker of the Minjoo Party of Korea and co-chair of his party’s special committee to investigate Choi-gate, on a radio interview with TBS.

According to An, Choi was linked to Lockheed by a foreign affairs and security field big shot in the Park Geun-hye administration. Seoul and Washington in July announced they will deploy a Thaad battery in South Korea to counter Pyongyang’s missile threats.

When asked if this individual was currently in office or not, An replied, “I cannot reveal that here.” But this person was supported by Lockheed for two years during his time in the United States some six years ago, claimed An, who added, “The link between Choi Soon-sil and Lockheed Martin is being revealed.”

Since Choi-gate broke out, there have been questions as to the extent of her involvement in sensitive national security and diplomatic matters.

“What Choi Soon-sil has pocketed until now is nothing compared to what she got from Thaad,” he continued. “Think of the commission she would have gotten from the Thaad deal. Lockheed is Thaad’s manufacturer.”

Opposition lawmakers have raised suspicion about Choi’s involvement in major government deals, including the Park administration’s decision to deploy the Thaad battery to Seongju County in North Gyeongsang. Choi has already been accused of being behind arms deals, including the purchase of F-35A stealth fighters from Lockheed Martin.

She is said to have a close friendship with arms lobbyist Linda Kim.

The decision to deploy Thaad came despite China and Russia’s strong protests that the Thaad’s powerful AN/TPY-2, or X-band, radar could be used to spy on them.

An raised the notion of Choi’s involvement in arms deals in another radio interview last week, saying, “I got the tip from a very credible source within the military.” He also pointed out that, compared to the period between 2010 and 2015, 2015 to 2021 will see a marked increase in contracts with Lockheed.

He said the number of deals struck with Lockheed until 2021 was increased 15 times over.