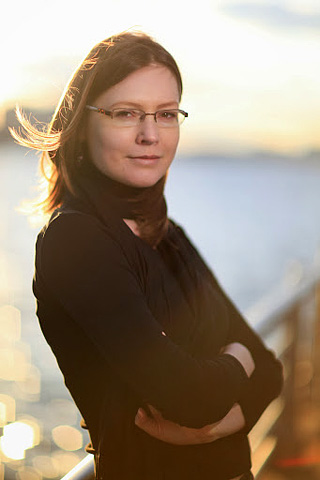 A female foreign professor at Seoul National University wrote an open letter to a man on campus who allegedly accosted her last month and became hostile after she refused to help him pronounce the word “coincidence.”

Olga Fedorenko, an assistant professor at the Department of Anthropology, whose nationality is Russian, wrote in a 1,402-word open letter that she was walking alone on a “dark, isolated street” at the school in Gwanak District, southwestern Seoul, at 9 p.m. on Oct. 5, when a man approached her, held out his cell phone and asked her how to pronounce the English word.

“I wondered if it was a really awkward pickup line,” Fedorenko recalled.

“I told you that I don’t want to talk to you. It was a weird request, the street was poorly illuminated, and there was no one around.”

When she turned to walk away, the man allegedly began to shout at her and use “aggressive” body language, evidently because she had used the word “weird.”

Fedorenko reportedly called security and walked to a main street, but the young man followed, lurking behind her and swearing in Korean, until three Korean women approached to help and try to reason with him.

“I was astonished to hear that this whole situation was actually my fault,” wrote the professor. “I apparently embarrassed you by refusing to engage with you.”

She also wrote, “To my utter disbelief, I think the three women even apologized to you on my behalf.”

According to the letter, the altercation came to an end when a security guard appeared, at which point the man claimed he was a computer science student at the school.

Fedorenko wrote that the security guard walked her home because she feared the man would follow her and take revenge for his “embarrassment.”

On Thursday, Fedorenko did not respond to the Korea JoongAng Daily’s multiple requests for comment. Another professor at the College of Social Sciences told the paper in a telephone interview that Fedorenko was “baffled” that her letter was spreading across social media.

She was “very upset,” the professor said, that it got onto Facebook and is refusing all media inquiries. The professor explained that Fedorenko had uploaded her letter to an exclusive website accessible only by herself and the students taking her “Globalizing Korea” course.

“The letter was meant to start a debate on stereotypes among class members,” the professor said, adding that a student seemed to have uploaded it to Facebook without Fedorenko’s permission.

The school said it did not know whether the man was actually their student.