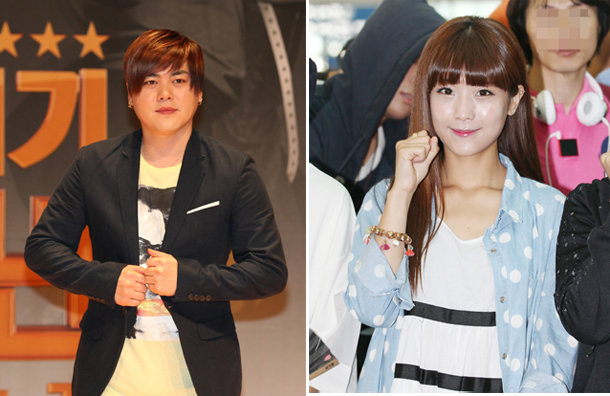 The former member of boy band H.O.T unveiled the news through his fan page on Thursday with a hand written letter. His agency Koen Stars said, “[The two] will be getting married around February of next year. They have known each other for two years, and began dating in April. They decided to get married due to their trust and commitment to each other.”

Since the announcement was made, pregnancy rumors have spread online, which have been denied by the girl group singer’s agency, who were firm in their stance against allegations of a shotgun wedding.

Meanwhile, the Crayon Pop singer herself also uploaded a hand written letter to her group’s fan site, saying “This news may have been very sudden, but it’s one of the hardest decisions I made in my life. I believe everyone will congratulate me and support my choice.”

Moon’s former bandmate and close friend Kangta expressed his surprise at the news on his radio show on Friday, saying he “didn’t even know the two were dating,” while also congratulating his friend.