One country, many systems

One country, many systems 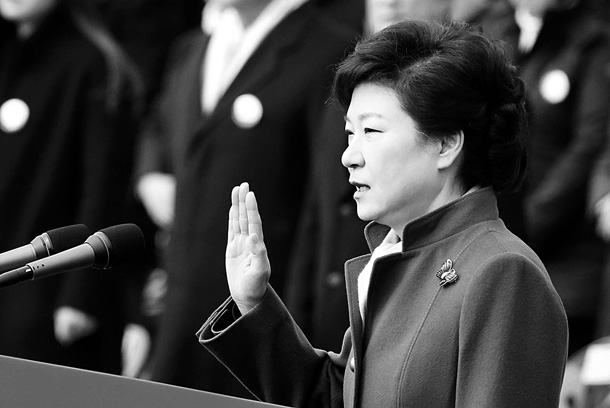 Here’s a pop quiz. Of the following world leaders, who has not ridden in a state coach with England’s Queen Elizabeth II? 1. Barack Obama 2. Angela Merkel 3. Xi Jinping 4. Park Geun-hye.

There are actually two answers. Obama could have taken the ride, but he did not, and Merkel was not qualified to do so. It might sound ridiculous, especially since she has been called the bastion of liberalism in the West, but because she is a chancellor and not a president, she is not considered a head of state.

After the scandal involving President Park Geun-hye and Choi Soon-sil, many are suggesting Korea end its presidential system. I agree with this sentiment. Some argue a parliamentary cabinet system should be the alternative, but because there are no clear standards, this is not a simple matter. Other advanced democracies with a similar size population as Korea provide examples.

Additionally, the idea that a majority party will form an administration is not easy. The United Kingdom, a country with a long history of democracy, used to have a two-party system. It was effective, but it was also limited in reflecting complicated interests. The Scottish National Party, which won 1.45 million votes in last year’s general election, won 56 seats, but the U.K. Independence Party, which won 3.88 million votes, only occupies two seats. The inequality in vote value was a problem.

In most countries, multiparty systems exist to reflect religions, ideologies, regions and interests. Coalitions are therefore unavoidable. Belgium took 514 days to negotiate a coalition. Spain ran the risk of having three general elections in one year after its two-party system was changed to a multiparty system. Is efficiency or consensus more important?

Do we also want to increase the number of lawmakers, who are now the subject of national distrust and disgust? In the United Kingdom, with a population of 650 million, the House of Commons has 650 members, 120 of whom are senior party members.

Three decades ago, we filled Gwanghwamun Square with voices demanding the direct election of the country’s leader. Can we get used to an ambiguous system in which we vote for a lawmaker when we are actually voting for the prime minister?

Once discussions of a constitutional amendment begin, various questions will be raised and we must find an answer with the greatest common denominator. The new political system will stay for the next 50 years, maybe a century. Insight and wisdom will be absolutely necessary.


*The author is the London correspondent of the JoongAng Ilbo.