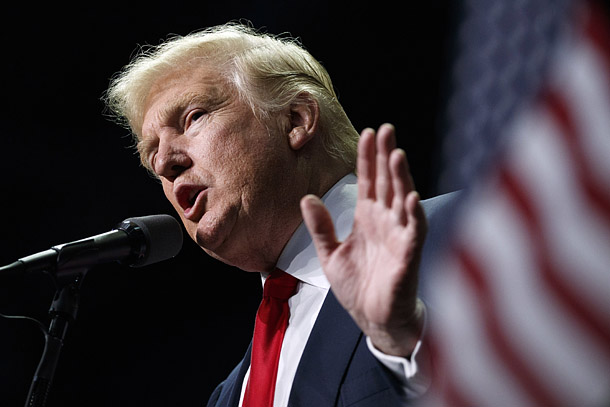 The latter is nearly impossible, so I have tried the former. Trump is certainly not a bookworm, but when asked what his favorite books were, he answered with “The Art of the Deal” and “Surviving at the Top.” This is a Trump-like answer, as they are his autobiographies. He meant to say the books contain his philosophy and style. According to the two books, the core Trump characteristics are to confuse, disguise, take the lead and get 90 percent of what’s asked for.

For example, when Trump was developing casinos in Atlantic City, his real goal was making partnerships. However, his strategy was to pretend as if he intended to do business alone. He paid a sum in acquisition taxes and started construction. But his tactic was to go slow. It was bait to lure in Holiday Hotel Group, and the plan was successful. To pretend that construction was already in progress, he brought in heavy machinery and intimidated. In the end, the hotel made up for the price of land and construction that Trump had already paid. With just 10 percent effort, Trump could get half of the casino’s earnings.

Last week, Trump visited the headquarters of The New York Times, a prelude to his administration style. Early in the morning on the day of the visit, he tweeted that he was canceling the visit. The New York Times panicked. Then he demanded to have the first part closed-door and the second part public. He never intended to cancel the visit. Trump completely played The Times and gave a few scoops favorable to him as gifts.

With the confusion and distraction, he sacrificed 10 percent, but in visiting the headquarters of the archenemy, he gained 90 percent and improved his image.

What does Trump’s behavior suggest to Korea? We need to plan how to deal with Trump-style negotiation. Korea will lose for sure if we don’t study him. We need to be as observant as a tiger and as careful as a cow. First, we need to come up with a basic strategy and tactic and how to benefit if we have to negotiate. Hasty dealing will only get Korea caught in Trump’s trap. It won’t help Korea’s national interest or status.

That’s why the Korean lawmakers and government officials flocking to Washington, D.C. and New York almost every week are worrisome. It is understandable that they were surprised by Trump’s victory and want to inquire. However, they can achieve nothing by meeting with Trump’s distant friends or pro-Korea figures and reiterating how Korea has been paying a big portion of defense costs or asking if the free trade agreement be reconsidered. In fact, they are actually doing harm. Trump and his core aides must be watching them and laughing. “They are so agitated and vulnerable even before the negotiation. We might get not just 90 percent but 100 percent from them.”