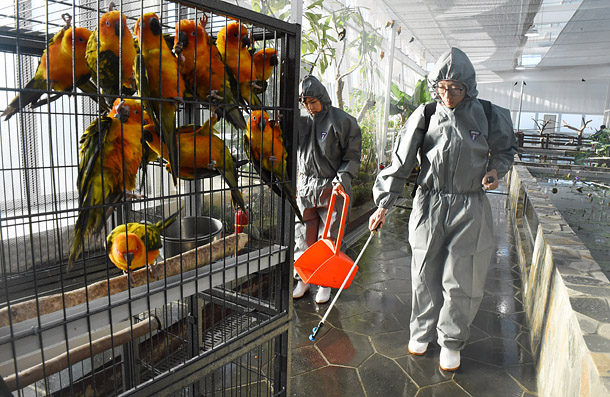 Zoo workers sterilize an aviary at O World Bird Land, a zoo featuring various kinds of birds, in Daejeon on Tuesday, as the highly-pathogenic avian influenza spreads across the nation.

As a farm in Naju in South Jeolla, the largest poultry producer in Korea, was suspected of being infected after a preliminary test, the South Jeolla Provincial Government decided to cull 25,000 ducks at the farm as a preemptive measure on Tuesday.

The provincial government commissioned a veterinarian to confirm whether ducks at the farm were infected with avian influenza. About 5,475,200 ducks and chickens are raised on farms in Naju. [NEWSIS]