A glimpse into the life of raising a child in tumultuous times : ‘Jessie’s Story’ visualizes a diary kept by new parents fighting for independence

A glimpse into the life of raising a child in tumultuous times : ‘Jessie’s Story’ visualizes a diary kept by new parents fighting for independence

An 80-year-old journal that elite independence fighters kept as they raised their first baby girl has been published as a graphic novel titled “Jessie’s Story.” In one of the pages (right), the baby is asking for meat, to which the mother is explaining how hard it is to secure meat in their living circumstances.

There’s nothing unusual about parents keeping a journal of raising a baby.

But it is quite unusual if the mother and father are independence fighters on the run during a war.

Young Wu-jo (1897-1964) and his wife Choi Seon-hwa (1911-2003) were intellectual elites who served as independence fighters during the Japanese colonization of Korea (1910-45), mostly in Shanghai, where Korea’s Provisional Government was located. Young went by David J. Young and Choi went by Margaret S. Choi.

When their first daughter was born in 1938 while they were in Changsha in China’s Hunan Province, they gave her an English name, Jessie, in the hope that in her life Korea would become a powerful international player and that she would have no problem communicating while travelling the world and meeting with people from across the globe.

The parents kept a journal while raising Jessie until 1946, one year after Korea’s liberation from Japan and also the year they returned to their homeland. The mother and the father took turns in keeping the journal.

Recently, the journal has been published as a graphic novel, titled “Jessie’s Story,” taking readers back 80 years, to one of the most tumultuous eras in Korean history, and providing a glimpse into what it would’ve been like to raise a baby at the time.

This comes after the journal was first published in 1999.

“It was in 1998 when I was pregnant and taking leave from my work,” she said in an email interview with the Korea JoongAng Daily. “My grandmother [Choi Seon-hwa] showed me the journal along with other articles that belonged to my grandfather and kept in his old briefcase.”

The book illustrates the dark days that Korean independence fighters had to endure. Due to the Second Sino-Japanese War that broke out in 1937, Korea’s Provisional Government had to flee Shanghai and move to places like Changsha, Guangzhou, Liuzhou and Chongqing. It was a harsh life, even for adults.

“When the baby grows up and asks us why we lived moving from one place to another,” the book says, “would we be able to convince her by saying ‘it was for your future’? Would that explanation be enough to embody our desperate wish for achieving independence? Would that phrase be enough to convey our days now?” 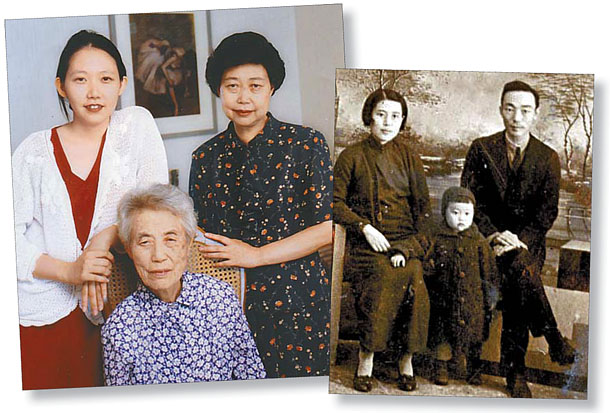 The parents’ concerns on the effects of the harsh living conditions for the baby are evident.

But Jessie did grow up to be an intelligent and capable woman who studied and worked actively in Korea and overseas. After majoring in English language and literature at Ewha Womans University, she worked at American Center Korea, taught English at Sogang University and was an active member of Seoul International Women’s Association.

“My mother was a delightful, kind-hearted person … She was fluent in English and dreamed of becoming a diplomat,” Kim, who is currently the principal of Silicon Valley Korean School, reminisced of her mother who passed away in 2010. “… More than anybody else, she was so supportive of publication of the journal.” 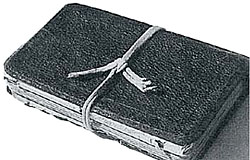 Young Wu-jo studied engineering in Massachusetts Institute of Technology (MIT) but joined the independence movement in 1930. He was the first Korean to translate “The Three Principles of the People” (also translated as Three People’s Principles) by Sun Yat-sen (1866-1925), China’s first president.

His wife, Choi, was also an elite, having studied at Ewha Womans University and taken part in various women’s and independence movements. The two married in 1937 with provisional government president Kim Gu (1876-1949) officiating the ceremony. Kim was one of the most influential politicians and independence fighters in Korea’s modern history.

Kim So-won, the CEO of Woorinabi Publishing Company, said they’ve decided to publish the journal as a graphic novel this time so that the readers can feel like they’ve watched a documentary film while reading it.

“The story is like a movie,” she said. “Cartoonist Park Geon-wung is also an illustrator skilled in documentary storytelling.”

Kim, meanwhile, believes that her work is not done. She hopes to publish Jessie’s Story in English and one day publish a non-fiction book based on the journal as well.

“I believe my mother, my grandfather and grandmother are all watching this from above,” she said. “They, just like other independence fighters, all lived so desperately and fiercely and that’s why their stories are so precious. I believe it’s my calling to let people today learn about their lives,” she added.