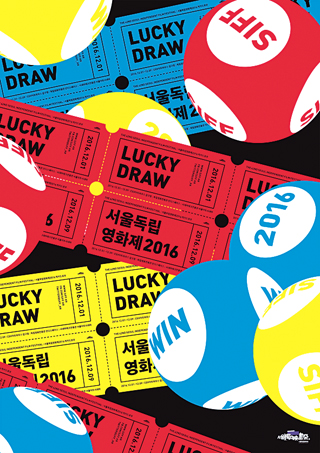 The Seoul Independent Film Festival (SIFF) kicked off on Thursday, during which 114 short and full-length films will be played. [SIFF]

Hosted by the Korean Film Council and the Association of Korean Independent Film & Video, the event is scheduled to continue throughout Dec. 9. During the nine-day festival, 114 short and full-length films will be screened at three cinemas - CGV Arthouse, Indiespace and Seoul Art Cinema in Jongno District, central Seoul.

Among those 114 films, which were carefully selected among the unprecedented 1,039 submissions, seven short movies, including “B-ing B-ing” and “The Lump” and nine feature films, including “Nuclear Mafia” and “After Breaking the Silence” will compete for the prize.

A few of the prominent full-length movies of note are “No Money, No Future,” which revolves around young musicians resisting a society that they believe is unreasonable, and “Come Together,” which revolves around ordinary family members that each encounter a problem but refuse to talk about it to one another. Another notable film is “Merry Christmas Mr. Mo,” that tells the tale of a 48-year-old barber’s plan to screen his self-made comedy movie based on his own tragic life to the people in his town as a Christmas gift.

Also, “Gun and Rabbit” and “The Pit” are a few of the short movies recommended by the festival’s program committee.

In addition to local movies, eight foreign films such as Poland’s “The Last Family,” Columbia’s “Guilty Men” and the Philippines’ “The Woman Who Left” are scheduled to be screened during the festival. As part of the event to promote the Japanese film “Distraction Babies,” its director Mariko Tetsuya (“The Far East Apartment”) and the starring actor Iwase Ryo (“Worst Woman”) will show up at the festival at 5 p.m. on Dec. 6.

Considered to be one of the most influential film festivals in Korea, SIFF plays a crucial role in connecting local independent movies with audiences.