Rain invited to the Fashion Awards

Rain invited to the Fashion Awards 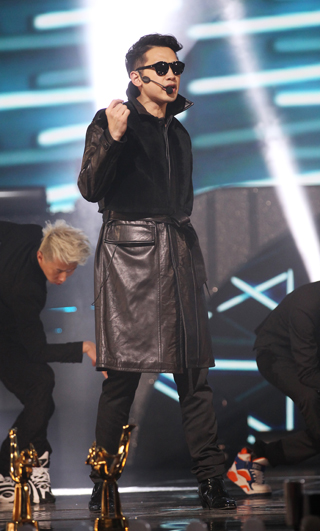 Pop star Rain was invited to the prestigious 2016 Fashion Awards in London.

The British Fashion Council’s annual awards show has partnered with jewelry brand Swarovski for the upcoming event to be held on Dec. 5 at the Royal Albert Hall. The singer’s agency said on Friday that he is the first celebrity guest from Asia to be invited by the council.

Last year’s ceremony was attended by big names such as David Beckham, Victoria Beckham, Anna Wintour, Karl Lagerfeld, Lady Gaga, Naomi Campbell, Nick Knight, Olivier Rousteing, and Samantha Cameron. Should the pop star choose to attend, he would be a guest alongside stars and models such as Alexa Chung, Kate Moss, Babara Palvin, Karlie Kloss, and a host of other attendees.

The fashion council has also announced that all donations received from the event would be donated to charity for scholarships to fashion colleges.

This year’s event will also be streamed live through the Naver V app.

Meanwhile, the pop star has been keeping busy in preparation for his upcoming concert in Singapore to be held on Dec. 30.