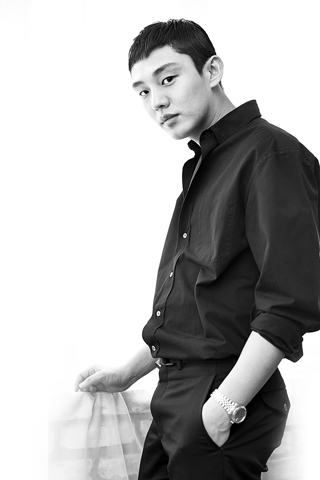 According to promoters Shall We Talk on Friday, the actor provided tickets to the upcoming “The Da Vinci Codex” exhibition to The Beautiful Foundation. The exhibition is being held at Culture Station Seoul 284 in Jung District, central Seoul on Dec. 23.

The promoters said that Yoo expressed his wish that his donations always be used to benefit children, especially if opportunities allow him to introduce the arts. The actor previously donated 77 million won to the Beautiful Foundation’s 2012 “I Am Against the Unfair Food Tray of Children” campaign. Yoo, who is also the honorary ambassador of the exhibit, said, “It is an honor to introduce Leonardo Da Vinci’s works re-examined and re-analyzed.”

Yoo has long been known for his interest in art. He helped open the exhibition space Studio Concrete in 2014 in Hannam-dong, central Seoul, offering frequent exhibitions from young artists.