J. Cole’s new song is swinging for the stars

J. Cole’s new song is swinging for the stars 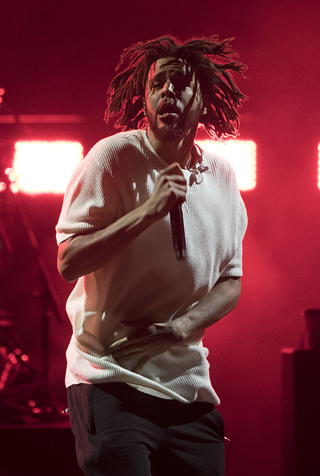 NEW YORK - A track off J. Cole’s forthcoming album has some people playing the guessing game on who he’s taking shots at.

Cole doesn’t mention anyone by name on “False Prophets,” but some on social media are speculating he’s rapping about a few stars, including Kanye West. One verse goes: “Ego in charge of every move, he’s a star/And we can’t look away due to the days that he caught our hearts.” He also rhymes, “When he tell us he a genius but it’s clearer lately/It’s been hard for him to look into the mirror lately.”

Other lyrics allude to rappers who don’t write their own lyrics and are quick to jump on new musical styles. Drake has been accused of not writing some of his own rhymes this year.

“False Prophets” was released Friday and is included on Cole’s “4 Your Eyez Only,” which is set to drop Dec. 9. AP