Endurance is key to writer’s success : Screenwriter Yu Yeong-a shares tricks of the trade and how to get inspired

Endurance is key to writer’s success : Screenwriter Yu Yeong-a shares tricks of the trade and how to get inspired 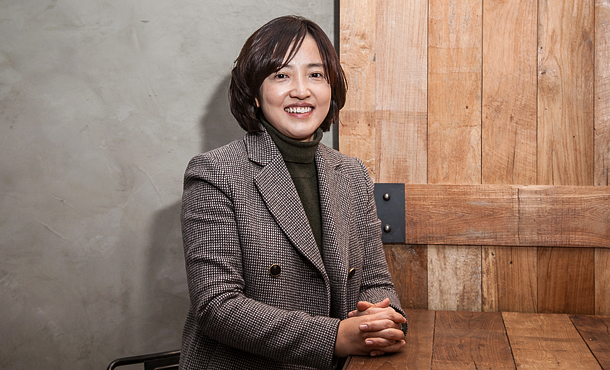 Screenwriter Yu Yeong-a, who recently penned “My Annoying Brother,” says that endurance is the key to her success. [STUDIO 706]

“How would it feel if a promising national sports player suddenly loses his sight?” This question is where the script of the latest local hit “My Annoying Brother” began, according to the screenwriter Yu Yeong-a during a lecture last month. Known for writing the screenplay of the 2013 megahit “Miracle in Cell No. 7,” which sold 12.8 million tickets and is Korea’s sixth highest grossing film ever, Yu has good understanding of what the public wants. Yu, whose other films include this year’s “Like for Likes” and “Tower” (2012), shared several tips for writing a good script.

Below are the tips that the screenwriter gave during the lecture and in an interview that she had with M Magazine, an affiliate of the Korea JoongAng Daily.

Characters need to have depth. 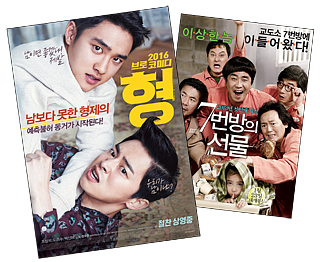 Renowned screenwriter Yu Yeong-a’s hits include “My Annoying Brother” and 2013’s “Miracle in Cell No. 7.” [CJ E&M, NEXT ENTERTAINMENT WORLD]

Yu stressed several times about the importance of featuring attractive characters. According to her, shallow characters aren’t able to fill up a 120-minute movie. She proved her point by mentioning director Kim Jee-woon’s historical espionage film “The Age of Shadows” (2016). Set during the time of Japanese colonial rule (1910-45), the film revolves around Lee Jeong-chul (Song Kang-ho), who once worked for the independence of his home country but now pledges loyalty to the Japanese by working as a police officer who brings his former colleagues to court.

“If Lee were merely featured as a guy that worked for the independence of Korea but later betrayed his home country, the movie would never have been able to bring up the audiences’ emotions. However, the film shows that Lee has been keeping the broken toe of a friend that committed suicide, which leaves a strong impression of the character on viewers.”

Her philosophy on stressing the depth of characters also applied in the script of “My Annoying Brother.”

“At first, I wanted to talk about a national athlete that had lost his sight, but I knew that wasn’t enough. It was only after bringing in the character’s [troublesome] step brother that the sports star seemed to have some depth.”

Yu also revealed her past mistakes. “There was a fictional historical character that I had been working on for the last year and a half, but I gave up because I couldn’t figure out what would make the character more in-depth,” said Yu.

Yu emphasized reading a lot to be able to write well. And some of the best teaching materials, according to Yu, are the classics.

“Although I couldn’t fully understand classics before, these days I’m able to read into the depths in classic stories,” Yu said, and recommended the Kim Ryeo-ryeong’s “Punch” and the Noble Prize winning Norwegian writer Knut Hamsun’s “Hunger” “because these novels show how deep characters can get.”

In addition to reading, Yu also enjoys listening to the radio. “I turn the radio on at 7 a.m., and as I listen I sometimes laugh out so loud while other times I feel frustrated. I like [listening to the radio] because I can listen to different people’s stories that I wouldn’t have been able to meet.”

In fact, Yu got the idea for “My Annoying Brother” after hearing someone on the radio discuss preparing for the Paralympics.

Perseverance is the key

Yu started dreaming of becoming a screenwriter when she began working at a movie club in university. Although she spent her entire 20s without becoming well known, she didn’t stop. Even when she worked as an academy teacher and while also raising a daughter alone, that didn’t stop her from continuing to write. Her perseverance led her to complete “Wedding Dress” (2009). Although her career didn’t flow smoothly even after her debut, she endlessly spent time on writing. Because she spent such a great amount of time and effort trying to become who she is now, Yu spends a lot of time working as a mentor for upcoming screenwriters.

“I think I work more than necessary as a mentor. It’s because I experienced so many trials and errors that I wish to advise my juniors what not to do.”

“Screenwriters don’t need to graduate from a good school or come from a good region. All they need is a good writing ability.”

Yu said that among her friends who dreamed of being screenwriters, only a few were able to achieve the dream.

“I mulled over carefully and concluded that my endurance and belief in possibility are what led me [to my current success].”

These days, Yu gets many requests to collaborate. But despite her popularity, she insists on the importance of people.

“Movies are the result of a lot of people’s collaboration,” stressed Yu and added, “Writing means telling a story about someone. I’m not afraid to meet someone and talk.”

With that mindset, she continues to do volunteer work despite her tight schedule.

“[Movies are] ultimately the work of humans. If you can’t understand people, there isn’t anything to write about.”