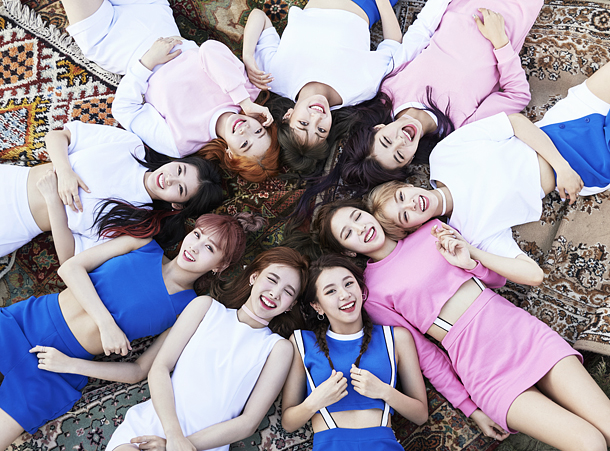 Girl group Twice is offering a special holiday treat for fans this month.

A “Christmas Edition” of their highly successful album “TWICEcoaster:Lane1” is being released on Dec. 19 according to a teaser image unveiled on their official social media sites on Monday. The special record will contain different jacket photos featuring the band members in Christmas attire.

The original version of their album released on Oct. 24 became this year’s best-selling album by a female artist, having sold 220,000 copies so far. The record was previously held by the girl group’s last album “PAGE TWO” which sold 160,000 copies.

The girl group has been enjoying a very successful year, with their first single of 2016 “Cheer Up” having surpassed 100 million views on YouTube, and their most recent single “TT” having surpassed 72 million views. Additionally, the group took home the Song of the Year award for “Cheer Up” as well as Best Female Group at the 2016 Mnet Asian Music Awards ceremony held on Friday.

The group’s upcoming re-release will be available for pre-order on Dec. 12.