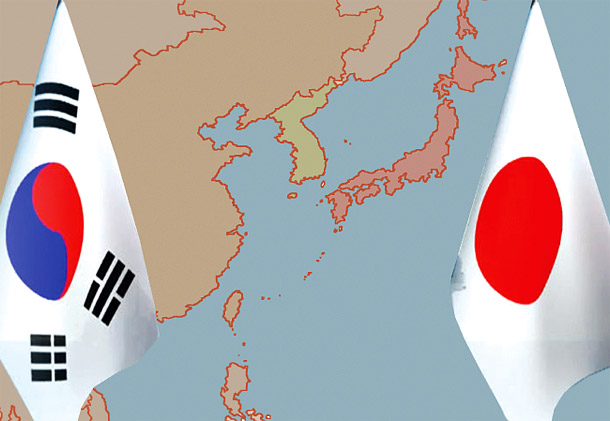 With the Korean Peninsula split in half and surrounded by global powers, our fate hinges largely on geopolitical conditions. North Korea has kept up its threat under the patronage of China and Russia. We have fought back with the help of the United States and Japan.

But now, with a most unconventional tenant moving into the White House, there is talk of concern about the longstanding South Korea-U.S. alliance.

Historically, U.S. interest in the Korean Peninsula was not that big. Americans were curious about the “hermit kingdom” in the late 19th century, but Joseon Korea soon slipped out of their minds after they learned the land was poor and devoid of natural resources. They could not understand why major neighbors were fighting over Korea for its geopolitical importance.

The United States has traditionally been inward-looking. It was a rich superpower that did not have much ambition for territorial expansion.

It had no interest in a tiny country across the Pacific. The Korean Peninsula was no more than a beachhead. That is why the United States failed to see the geopolitical significance of Korea.

The Americans’ nonchalance toward the peninsula continued even after the southern half of the land came under their responsibility after World War II. In 1947, the U.S.-led United Nations Command in South Korea delivered a report to Secretary of State Dean Acheson and gave a negative assessment of Korea’s military value. The following year, Acheson publicly declared a defensive containment line against the looming Communist menace in Asia based upon an island defense line. Korea and Taiwan were outside that line.

During the Korean War, American forces fought on the tenet that should the fighting develop unfavorably, they flee to Japan. The United States believed it could defend the Pacific as long as it kept Japan on its side. That stance remains unchanged to this day.

The traditional South Korea-U.S. alliance was shaken when the liberal Roh Moo-hyun became president and took up an engagement policy toward North Korea. Washington stopped sharing classified materials with Seoul after it learned some of them went to Pyongyang.

Secretary of State Condoleezza Rice defined South Korea as an American ally that fought together in the Korean and Vietnam wars. The United States, though, now shuns strategic investment in South Korea fearing it could fall under the bigger influence of China.

Japan is different. Japan had been paranoid about Joseon Korea serving as a Chinese foothold to invade its country ever since it came under attack in the 13th century. It invaded Joseon to use it as its own beachhead to make inroads into the Chinese mainland. Japan knows Korea served as its fortress against Communist expansion.

The old camaraderie among the former and existing Communist states of North Korea, China and Russia was revived after Vladimir Putin became president. The renewed front challenges the capitalist alliance of the United States, South Korea and Japan, with the last playing a pivotal role on the front line.

Japan’s military might is tantamount to its economic prowess. It is also superior in intelligence and can contribute much to combat any North Korean attack. During times of emergency, we will inevitably have to rely on Japan for wartime supplies.

More importantly, Japan becomes the rear base for U.S. troops if a war takes place on the Korean Peninsula. We brutally had to admit this eventuality during the 1950-53 Korean War. If not for the American forces stationed in Japan, the South could have fallen in the hands of Soviet-backed North Korea during the early stage of the invasion.

If Japan did not serve as a backup, the allied forces could not have reversed the war and beaten back the flood of Chinese troops in central Korea. Aircraft and warships mostly came from Japan, and tired foot soldiers were able to recover in Japan. Japan also provided most of the arms supplies, which also served to kick-start the postwar Japanese economy. That is why Washington keeps on persuading and even pressuring Seoul to maintain a good relationship with Tokyo.

But bitter history gets in the way of any progress in bilateral relations. Only Park Chung Hee, with his mighty power and charisma, was able to put everything at stake to normalize ties with Japan. Park should be credited for normalizing diplomatic ties with Japan as no other leaders could have achieved it even though the country critically needed Japan for security and economic reasons.

The American elites are European descendents and therefore cannot be entirely free from European influence. Even when Pearl Harbor came under attack by Japanese forces, Americans did not change their policy of striking Germany first. Our livelihood hinges on diplomacy to make the United States more engaged in East Asian affairs. We therefore need a more influential Japan to sustain a U.S. pivot toward Asia.

The recently signed Korea-Japan military intelligence-sharing pact is meaningful for both military and diplomatic reasons. It was challenging to pass as the first attempt under the Lee Myung-bak administration did not go through. The Ministry of National Defense should stand its ground regardless of criticism from the opposition, who are determined to denounce anything done under disgraced President Park Geun-hye.


*The author is a novelist.