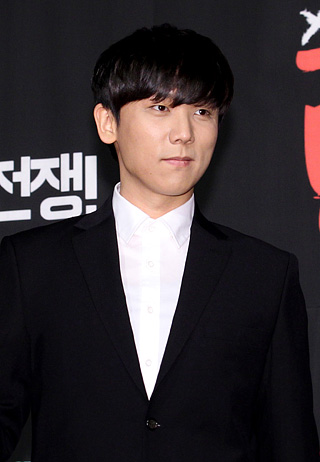 Singer Junggigo is collaborating with hip-hop artist Giriboy for a new music project.

The two artists were announced to be the third project duo to release a song under the “Vintage Box” brand, which is a new channel under record label Starship Entertainment that remakes popular indie songs with their artists. According to the company, they hope to both help unknown indie artists spread their name as well as diversify the music industry.

“After receiving love and attention from releasing songs by Acourve and Coffee Boy, we aim to remake songs by Standing Egg, AcousticCollabo, Bily Acoustie, and Broccoli, You Too,” said the company. “We especially hope to broaden the musical scope with this collaboration with Just Music [Giriboy’s label], who are at the top of the hip-hop scene.”

The first release by the music channel featured artists K. Will and Mad Clown in a remake of the song “What Was That” by Acourve, and the second release featured girl group WJSN member Yu Yeon-jung and singer Yu Seung-woo in a remake of “I’ll Be on Your Side” by Coffee Boy.

The newest track from the music project will be released on Dec. 16.