Living in the past

Living in the past 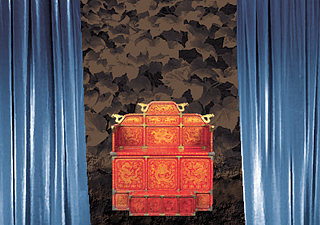 It is interesting that many of the presidents who have faced impeachment had psychological or emotional issues.

President Richard Nixon came from a poor family and had to turn down admission to Harvard. He always had an inferiority complex over John F. Kennedy, a Harvard graduate with an affluent family background. Nixon was a master of strategy and plotting and had to resign over the Watergate scandal.

President Roh Moo-hyun also had an inferiority complex and was troubled that the Grand National Party did not respect him as president.
When he argued that the playing field was not level and should be overturned, he became a target of impeachment.

President Bill Clinton’s stepfather was an alcoholic, and his outstanding competency in governance and politics was stained by his addiction to sex.
And now, President Park Geun-hye has brought impeachment upon herself. What was her greatest fault? Living in a different era from the democratic republic of the 21st century. The Blue House that Park set up is a revival of the dictatorial monarchy that her father had created 40 years ago.

Her favorite was former chief of staff Kim Ki-choon. Once, a senior presidential secretary of future strategy wanted to replace the head of a key agency and got a verbal approval from Park. Other secretaries opposed the decision, saying there was no reason to replace him. But Kim said, “Once the queen gives an order, she never takes back her word.” When there is a royal command, there is no place for checks and balances. The Blue House provided great soil for Choi Soon-sil’s sinister vines to grow.

When President Park made appearances outside the capital, her public relations secretary often suggested meetings or luncheons with local figures. But she usually refused, instead having her lunch brought to her room so that she could eat alone.

In June 2015, at the height of the MERS scare, Park was scheduled to have a summit meeting with President Barack Obama. Aides were waiting to brief Park on various matters, but that morning, Park came out of the residence and simply said, “I’m not going,” before disappearing into her office. Frank conversations and one-on-one briefings do not exist in a monarchy.

In the infamous seven hours after the Sewol ferry sinking, many Blue House staffers testified that they did not know where Park was. Park does not like to let her whereabouts to be known. When she was running for president, she would not inform campaign managers where she was staying. Park considers herself a monarch who can watch but not be watched.

Park’s mind-set and mentality haven’t evolved much from the five years she served as the country’s unofficial first lady after her mother was killed in 1974. It is hard to find any growth or change in her political career as a 21st-century leader. Whenever she was asked about her singlehood, she always responded, “I am married to the nation and its citizens.” But she lacks decision-making abilities and has strong self-pity about her past to be one with 21st-century citizens.

Park’s policies have been just as backward. While she advocated a “creative economy,” the outdated idea of using conglomerates was just a house of cards. According to the prosecutors’ indictment, Park is charged with abusing her power to directly pressure Posco and Hyundai Motor for money. She might have thought the companies were indebted to her because they grew during her father’s administration.

Psychologists say that the daughter who lost her successful father at an early age could develop a fantasy that her father will someday return if she has not mourned for the loss sufficiently. The daughter who was influenced by her father may become obsessed with re-enacting her father’s administration in her present reality. Park has perfectly brought back the Blue House of her father’s time.

Choi Soon-sil was the butler who effectively addressed Park’s weakness of keeping herself distant from the people. She stole Park’s heart by dressing her and bringing drugs that Park is embarrassed to order herself. She curried Park’s favor for financial gain.

Park claims that she did not know about Choi’s actions. But Park is the one who made today’s Choi by living in the past.

The biggest problem is that Park does not know what the problem is. She does not understand the question, so she does not have an answer. It is already late, but she should return to reality and give an answer to the people.


*The author is chief editorial writer of the JoongAng Ilbo.