Kim Nam-gil uses his fame for good : Working with the NGO Gilstory, the actor hopes to help others find peace

Kim Nam-gil uses his fame for good : Working with the NGO Gilstory, the actor hopes to help others find peace 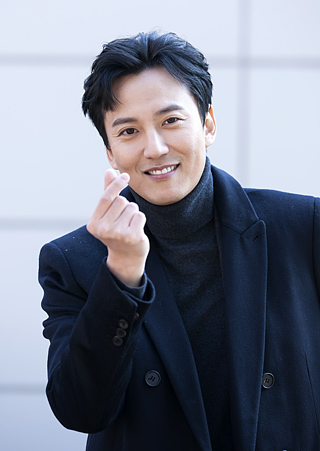 Actor Kim Nam-gil tells stories about roads through a non-profit organization he set up. He says it’s a humble yet mighty movement, adding that “arts cannot save poverty, but arts can console.” [KWON HYUK-JAE]

Actor Kim Nam-gil is known for his handsome face and charismatic roles.

He is currently promoting the disaster flick he stars in, “Pandora,” but there is also another project that he wants the world to know about.

It’s called Gilstory, and it is a non-profit culture and arts organization he founded and registered last year. Together with about 100 photographers, musicians, artists and other specialists, the organization produces content, often related to cultural heritage sites, in the hopes of giving people peace of mind. In addition to the content it produces, Gilstory has also raised funds for causes it believes in.

“I deliberated on what I do best and how I can help people with my talent,” he told JoongAng Ilbo in a recent interview. “Through the content we make, I hope to generate some warmth and console people in a society that’s at times heartless.”

The organization’s main project is uploading video and audio guides of historic alleys in Seoul as well as the road along the Seoul Wall (otherwise known as Hanyang Fortress) on the website of his foundation. The website is dubbed “Gilstory: The Stories of People I Met Along the Way.” Gil, in Korean, means the road or way.

Currently there are about 140 uploads, most of which features Kim on screen or as a narrator. 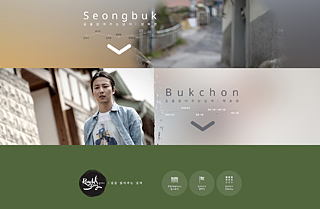 So what prompted Kim to join a NGO?

The calling came from the most unexpected place. “After filming ‘Queen Seondeok’ in 2010, I visited Indonesia, which was hit by an earthquake, to do charity work,” he said. His work was to be featured in a documentary.

“It was heartbreaking to see how people’s basic needs could not be fulfilled. And as I did my charity work, a camera followed me everywhere and it really made me uncomfortable. However, after the documentary aired, a large amount of funds were raised and I gave a second thought to actors’ fame and influence and the changes they can make.”

Geum Yun-gyeong, a publicist who actually accompanied Kim to Indonesia is now a vice executive of Gilstory. Composer Mun Il-o; artist Lee Soung-soo; visual arts producer Ji Eun-seok are some other people that joined the organization. Former culture minister Yoo Jin-ryong is acting as an adviser.

But it’s true that what Gilstory does and its effects are hard to measure.

In 2013, it raised 35 million won ($30,000) in funds to help people displaced by a typhoon in the Philippines and recently, through crowdfunding it raised 19 million won to help preserve the Seoul Wall.

The Joseon Dynasty (1392-1910) built a 18 kilometer (11 mile) long fortress, but today it’s severed and many parts of it are gone. The Korean government is hoping to restore the fortress and also to register it as a Unesco cultural property.

There are about 700 items that volunteers have uploaded on the organization’s website and about 32,000 people visit the website on average each day.

“Whenever I get an email that a video on the website helped them somehow, it feels so rewarding,” he said. Kim has so far invested 350 million won into the organization out of his own pocket. He feels that he is getting more from what he has given.

“I feel that I have matured through the works of Gilstory. I am grateful everyday,” he added.