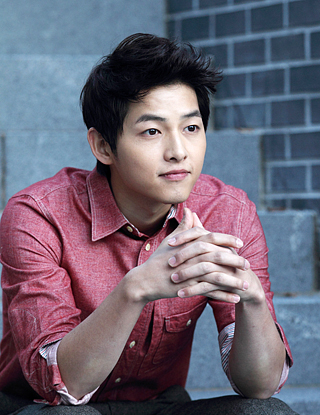 Actor Song Joong-ki was selected as the top spokesmodel by consumers.

According to a study conducted by Korea Broadcast Advertising Corporation (Kobaco) to analyze the advertisement trends in television and smart devices, among others, the actor was named the favorite by 16 percent of those surveyed.

The study was conducted between June and July through one on one interviews with 5,000 consumers between the ages of 13 and 64.

The actor became a favorite among advertisers after his appearance on the hit KBS television drama “Descendants of the Sun,” appearing in ads for beer, a wireless carrier, outdoor clothing, and other brands. His advertisement for the Hite beer brand, in particular, was selected as the most memorable this year, and his KT mobile ad came in third.

In second place was idol singer Seolhyun of girl group AOA with 6 percent of votes, who was discovered to be a favorite among younger males. Olympic gold medalist Kim Yuna was third, which was an increase from fourth place last year. Kim’s appearance in Samsung Electronics advertisements was named the second most memorable campaign this year.