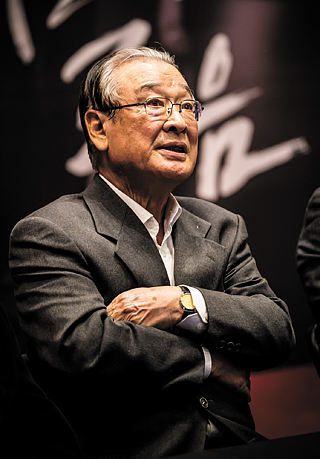 This year marks the 60th anniversary since the debut of veteran actor Lee Soon-jae, who turned 81 this year. In celebration of the occasion, Lee will star in the classic play “Death of a Salesman” by Arthur Miller.

“I first took part in the piece in 1978,” said Lee during a press conference held prior to the staging of the performance. “Back then, there were many parts to the story that I didn’t understand, but now I can see what the author was trying to talk about by bringing up social issues such as urban development and pollution. The significance of the piece goes beyond time and era, and I think that’s what makes it a classic.”

The play “Death of a Salesman” revolves around an aging father, Willy Loman, played by Lee Soon-jae, who strives to seek his dreams during the harsh times of a recession. Willy used to be one of the happiest men on earth with a satisfying job, a loving wife and two promising young sons. But as bits and pieces of his life go down the drain, he seems to lose his direction in life more and more.

“There aren’t many pieces in which an old man gets to appear as the protagonist,” said Lee. “I’m thinking this may be my last opportunity to star in ‘Death of a Salesman.’”

The upcoming play “Death of a Salesman” was organized by a foundation created to honor the 60th anniversary of Lee’s acting career. Along with the play, the foundation is also preparing a short film and book to celebrate the occasion.

“In a sense, all of these celebratory events are making me feel uncomfortable,” said Lee. “I usually don’t even remember my birthday, so I wasn’t even aware of the fact that it’s been 60 years.

I’m very thankful to my colleagues, like Shon Suk, Lee Moon-soo and Maeng Bong-hak, to name a few, for taking part with me.”

The team behind the performance is making great efforts to realize it as close as possible to the original play, which is two hours and 40 minutes long. This is uncommon for a Korean play, which commonly runs for about two hours.

“We made a number of efforts to stay true the original,” said director Park Byung-soo, “like analyzing the English script and keeping almost all of the scenes. This will be a rare chance for the audience to savor the play in full.”