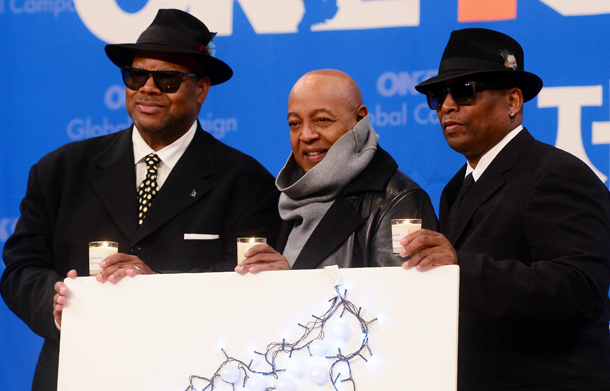 In an effort to encourage the unification of the Korean peninsula, the three musicians were joined by vice president Hitoshi Yoshioka of the London-based recording studio Metropolis Studio at a promotional press conference held at the YTN Hall in Mapo District, western Seoul on Thursday.

Bryson, who is remembered for his timeless recordings of “A Whole New World” from Disney’s Aladdin soundtrack and “Beauty and the Beast” from the film of the same name, said he was “honored” to participate in the One K campaign.

The singer expressed eagerness at being able to use his talents for the sake of Korea, and believed that the campaign would produce positive results.