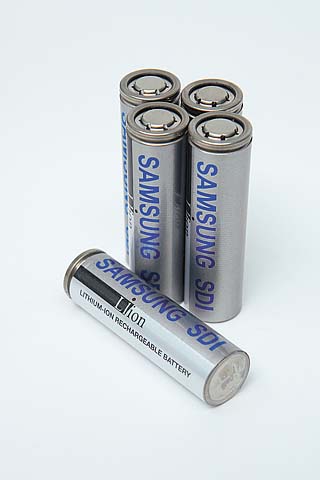 Samsung SDI will be a major supplier of lithium-ion batteries for Lucid Motors’ first vehicle, a high-end electric sedan scheduled for production in late 2018, the company said Thursday.

The battery will be used in the car, which is expected to be able to travel 400 miles on one charge. The car reportedly can hit 60 miles an hour in only 2.5 seconds, a record recently set by the electric car Model S P100D of Tesla. The Tesla model unveiled in August is also the first car to travel more than 300 miles on a single charge.

As the U.S. start-up has frequently been named a viable challenger against Tesla, industry watchers are looking to see how the Samsung-Lucid match-up could reshape the electric car market.

Korea’s largest battery maker LG Chem has partnered with General Motors to help develop the Chevrolet Bolt, which travels 238 miles on a charge. Japan’s Panasonic is also working closely with Tesla on its coming models. The partnership is seen as an strategic alliance to make cheaper, powerful and more efficient batteries, which ultimately determine the performance of electric cars.

Samsung will supply cylindrical batteries that are larger in size and capacity to its existing model. The new cell will be 21 millimeters (0.82 inches) in diameter and 70 millimeters in height, bigger than the existing 65-millimeter-high cell that has a diameter of 18 millimeters. The battery’s capacity will be enhanced 50 percent.

Lucid introduced the company’s jointly developed cell to “exceed current performance benchmarks in areas such as energy density, power, calendar life and safety [and to achieve] breakthrough tolerance to repeated fast charging,” it said in a statement.

“The breakthrough battery life demonstrated by the new cell from Samsung SDI will be of tangible benefit to our customers, particularly companies with ride-sharing services operating around the clock,” Rawlinson added.

The auto start-up announced plans to invest $700 million to build a U.S. production factory in Casa Grande, Arizona, that has a capacity to produce 10,000 electric vehicles. The production of the cars will begin at the factory by 2018.