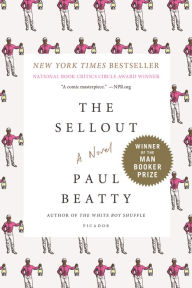 - Winner of the Man Booker Prize.

- Winner of the National Book Critics Circle Award in Fiction.

- Winner of the John Dos Passos Prize for Literature.

- Named One of the 10 Best Books of the Year by The New York Times Book Review.

- Named a Best Book of the Year by Newsweek, The Denver Post, BuzzFeed, Kirkus Reviews, and Publishers Weekly.

A biting satire about a young man’s isolated upbringing and the race trial that sends him to the Supreme Court, Paul Beatty’s The Sellout showcases a comic genius at the top of his game. It challenges the sacred tenets of the United States Constitution, urban life, the civil rights movement, the father-son relationship, and the holy grail of racial equality - the black Chinese restaurant.

Born in the “agrarian ghetto” of Dickens, on the southern outskirts of Los Angeles, the narrator of The Sellout resigns himself to the fate of lower-middle-class Californians: “I’d die in the same bedroom I’d grown up in, looking up at the cracks in the stucco ceiling that’ve been there since ‘68 quake.” Raised by a single father, a controversial sociologist, he spent his childhood as the subject in racially charged psychological studies. He is led to believe that his father’s pioneering work will result in a memoir that will solve his family’s financial woes. But when his father is killed in a police shoot-out, he realizes there never was a memoir. All that’s left is the bill for a drive-thru funeral.

Fueled by this deceit and the general disrepair of his hometown, the narrator sets out to right another wrong: Dickens has literally been removed from the map to save California from further embarrassment. 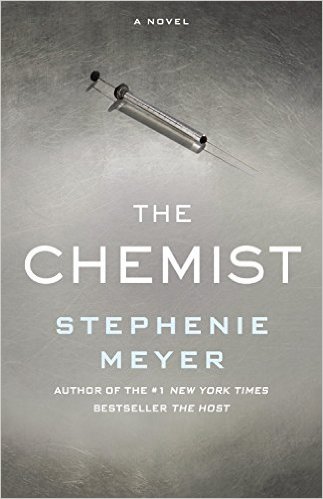 In this gripping page-turner, an ex-agent on the run from her former employers must take one more case to clear her name and save her life. She used to work for the U.S. government, but very few people ever knew that. An expert in her field, she was one of the darkest secrets of an agency so clandestine it doesn’t even have a name. And when they decided she was a liability, they came for her without warning. Now, she rarely stays in the same place or uses the same name for long. They’ve killed the only other person she trusted, but something she knows still poses a threat. They want her dead, and soon. When her former handler offers her a way out, she realizes it’s her only chance to erase the giant target on her back. But it means taking one last job for her ex-employers. To her horror, the information she acquires only makes her situation more dangerous. Resolving to meet the threat head on, she prepares for the toughest fight of her life. As she sees her choices being rapidly whittled down, she must apply her unique talents in ways she never dreamed of. In this tautly plotted novel, Meyer creates a fierce and fascinating new heroine with a very specialized skill set. And she shows once again why she’s one of the world’s bestselling authors. 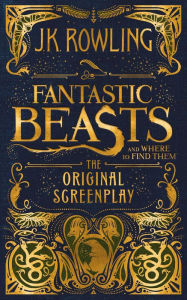 Fantastic Beasts and Where to Find Them: The Original Screenplay

J.K. Rowling’s screenwriting debut is captured in this hardcover edition of the “Fantastic Beasts and Where to Find Them” screenplay.

When Magizoologist Newt Scamander arrives in New York, he intends his stay to be just a brief stopover. However, when his magical case is misplaced and some of Newt’s fantastic beasts escape, it spells trouble for everyone.

“Fantastic Beasts and Where to Find Them” marks the screenwriting debut of J.K. Rowling, author of the beloved and internationally bestselling Harry Potter books. Featuring a cast of remarkable characters, this is epic, adventure-packed storytelling at its very best.

Whether an existing fan or new to the wizarding world, this is a perfect addition to any reader’s bookshelf.