Pearl Harbor has lessons for China

Pearl Harbor has lessons for China 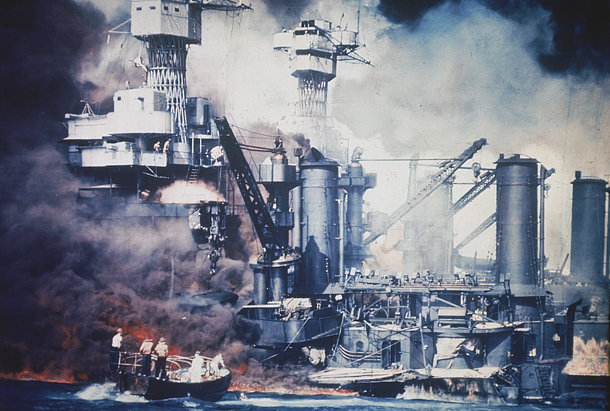 The anniversary of Pearl Harbor is commemorated on Dec. 8 in Japan — the time locally when thousands of miles away, its ships and warplanes sank much of the U.S. Pacific Fleet and launched war against America. For 75 years now, many Japanese have reflected on that moment with great remorse, appalled by the hubris and miscalculation that led to the attack. Later this month, Japanese Prime Minister Shinzo Abe will personally travel to Pearl Harbor to commemorate the tragedy. Sadly, though, the leaders and citizens of another Asian power appear to have forgotten those lessons.

For all the differences between Imperial Japan in the 1930s and Communist China today, I can’t help but see parallels between the two.

Like Japan then, China is a rising Asian nation whose thinking is informed by patriotism, suspicion of outsiders and the remnants of an inferiority complex toward the West. Its military seems not entirely constrained by civilian control. And just as Japan did in the 1930s, China is defying international opinion and challenging the maritime status quo in the western Pacific, where the U.S. defends vital sea lines of communication for all nations.

The roots of this stance lie in a history very similar to Japan’s. Both nations suffered at the hands of Western powers. In Japan, at the end of the Edo period in 1853, American “Black Ships” sailed into Uraga Bay. U.S. pressure ultimately forced the new Meiji government to institute an “open-door policy” welcoming foreign trade and traders.

The trauma China suffered was even more tragic and complicated. After defeat in the 19th century Opium Wars against the British, China had to surrender Hong Kong, open Chinese ports and sign a series of “unequal treaties” with Western powers that infringed on Chinese sovereignty. Even now, and unlike in Japan, the historical sense of humiliation caused by these episodes hasn’t healed among most Chinese, whether common citizens or elites.

To at least some degree, that sense of injury still motivates the People’s Liberation Army, which is determined to defend China’s sovereignty and territorial unity. In 1930s Japan, the military exploited Article 11 of the Constitution of the Japanese Empire of 1889, which stipulated, “The Emperor has the supreme command of the Army and the Navy.” The military interpreted this to mean that they were allowed an independent chain of command, reporting directly to the Emperor rather than a civilian prime minister.

The PLA doesn’t report to China’s premier or its rubber-stamp legislature either, but solely to the Chairman of the Central Military Commission — in this case, President Xi Jinping. Unlike in Western democracies, where the tradition of civilian control of the military has a long history, it’s disturbing to hear nationalistic outbursts from Chinese generals and admirals that could easily be mistaken for policy.

Worse, there are questions about whether a lack of oversight has contributed to a series of provocative actions in the air and on the high seas. On multiple occasions earlier this year, Chinese jets flew dangerously close to U.S. reconnaissance planes. In December 2013, PLA naval vessels “irresponsibly” harassed the USS Cowpens in the South China Sea. All this heightens the risk of an accident that could very easily lead to a shooting war.

China is doing this — as Japan once did — in a manner at odds with the status quo and international consensus. The artificial islands it’s recently created by landfilling in the South China Sea seem to me to be a Chinese version of the “Manchurian Incident” of 1931 — a pretext Japan used for asserting sovereignty over disputed areas. Last July’s International Court of Arbitration award challenging China’s island-building is a contemporary version of the Lytton Commission report, which exposed Japan’s illicit aggression.

At the very least, China faces several of the same critical questions the Japanese government and military did in the 1930s: Can the country look past historical traumas and accept the existing regional and global order? Can it peacefully coexist with neighbors both strong and weak? Can civilian leaders control the armed forces and limit their influence over policy?

Seventy-five years ago, Japan couldn’t answer those questions in the affirmative; China still has time to do so. It’s up to the Chinese people to decide whether they want to accept the geopolitical status quo, or try to salve their historical hurts by overturning it.

Before choosing the latter course, they should do what many Japanese do at this time of year: Remember the consequences of choosing wrong.