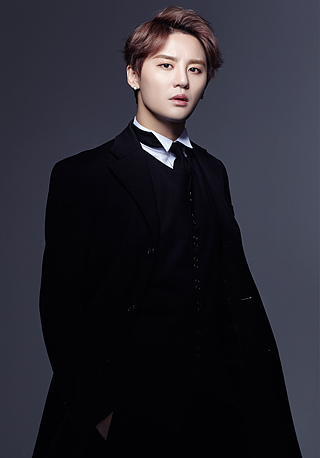 Singer Kim Jun-su of the boy band JYJ wrapped up his special year-end concert over the weekend, his last before entering the military in February.

All 20,000 tickets to the three-day show were sold out, his agency, C-JeS Entertainment, said Sunday.

In “2016 XIA Ballad & Musical Concert with Orchestra Vol. 5,” Kim, who also goes by the stage name XIA, reprised roles from his six-year career as a musical actor. The singer reintroduced characters from productions like “Elisabeth” and “December,” giving himself only three minutes between each set to change costumes.

After performing as a soldier in uniform from the musical “Tears of Heaven,” the singer offered parting words to his fans in the audience.

“It was ironic performing in my ‘Tears of Heaven’ costume,” Kim said. “This is my last performance before I enter the military. I think of it as a short break. It’s natural for a Korean man to serve in the military, and I will make sure to stay healthy during that time.”

Kim will be serving 21 months as a police officer in the National Police Agency starting Feb. 9.