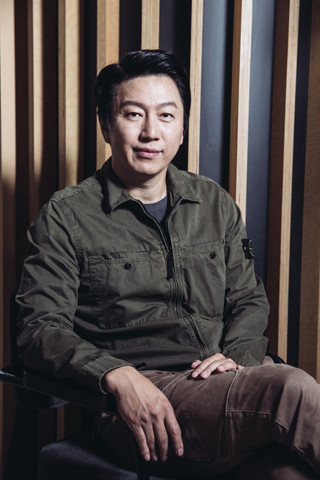 Actor Kim Soo-ro fumed on Twitter Friday after he reportedly flew into Seoul from abroad only to be pranked by a hidden camera TV show.

In a tweet uploaded Friday, the actor wrote, “Regardless of the show’s hidden camera premise, the [producers] should get a grasp of the situation before pulling these stunts.”

Kim called the program “amoral” and said he was rushed to Seoul despite having prior business in another country. He said he had to “abandon many things” just to return quickly.

“Today made me realize the disappointment I feel in those around me,” the actor said in a follow-up tweet.

While the program remained unnamed, netizens speculate that MBC’s hidden camera variety show “Secretly Greatly,” which started airing this month, is the subject of Kim’s tweets.

The actor has since deleted the posts, though some wonder if they were meant for viral marketing.

Kim has been busy lately producing a series of musicals called “The Kim Soo-ro Project,” for which he has to frequently fly overseas.