Creation and destruction are one

Creation and destruction are one 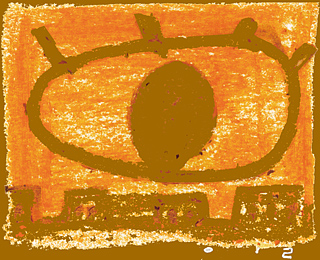 Scene One
Look at all the stars shining in the night sky — some of them are very bright, others are much fainter. Just one of those faintly glowing stars could be an entire galaxy containing more than 100 billion other stars — a galaxy so far away that it appears to be just a single star.

Nobody really knows for sure, but it’s been estimated that there are approximately 125 billion galaxies like this in the universe. It’s incredible, isn’t it — the size of our universe is truly infinite. Some scientists believe that there is a black hole at the center of each and every one of these galaxies. Black holes were initially said to exist only in theory, as they have no physical form or color and cannot be seen with the naked eye, but recently scientists have proved that they actually do exist.

Black holes were originally viewed with some trepidation and were sometimes nicknamed the “Cannibals of the Universe” as they suck in all physical matter around them — even light. Therefore, astronomers were astounded when they found a black hole at the center of the galaxy closest to ours, Andromeda; a black hole was no longer something terrifying that was countless light years away from us — it had come to our own neighborhood. In a small galaxy, the black hole could be millions of times the size of our own sun, but in a large galaxy it could be billions of times the size of our sun. Professor Andrea Ghez of UCLA has speculated that there is a massive black hole at the exact center of our own galaxy but that it is dormant.

Astronomers and physicists have theorized that all the laws of space, time, and physics do not apply within the nucleus of a massive black hole. They have also admitted that it’s a complete mystery what actually happens inside this nucleus and that a completely different type of physics would be necessary in order to resolve this question. It does seem that black holes and galaxies have had an intimate relationship since their inception.


Scene Two
Black holes not only exist in science, we also find them in spirituality — there are black holes within each one of us.

It’s been said that our bodies are made up of approximately 80 trillion cells. These cells are just like individual stars, so our bodies can be thought of as huge galaxies each containing around 80 trillion stars. Each and every star is replete with desire, the product of attachments and delusions that have stirred the hearts of human beings for countless eons. The process of burning away the desire from within each of these stars is called spiritual contemplation. We can rid ourselves of desires and attachments by realizing that fundamentally their substance is empty — it doesn’t exist.

Through spiritual practice, this desire energy that has been stripped away continuously flows into the nucleus of the black holes within us all. We eventually encounter the Buddha when this world’s ultimate delusion, that the so-called individual self exists as a separate entity, is sucked into the center of the black hole. This black hole is our original, empty nature — our primary point.

This is why Buddha said, “Form is emptiness, emptiness is form.” What we see before us now — the countless stars and galaxies, the ground we tread on, the trees growing beside us, the chirping birds — all of these physical appearances are form. What is emptiness? It’s none other than form’s original substance. In the world of Zen, this passageway that eternally exchanges form and emptiness is a black hole.

In Zen, black holes and white holes are not separate. When form becomes emptiness, it’s a black hole, and when emptiness appears as form, it’s a white hole. The passageway is the same — the only difference is whether it’s seen from this way or that. If we look at it another way, form becoming emptiness is destruction, and emptiness becoming form is creation. Therefore, creation and destruction are not two different things. It’s the same as saying that when we breathe, the in-breath and the out-breath are but one point.

We should not forget that the practice of emptying the galaxy of our egotistical self is not an act of destruction — it is a true act of creation.