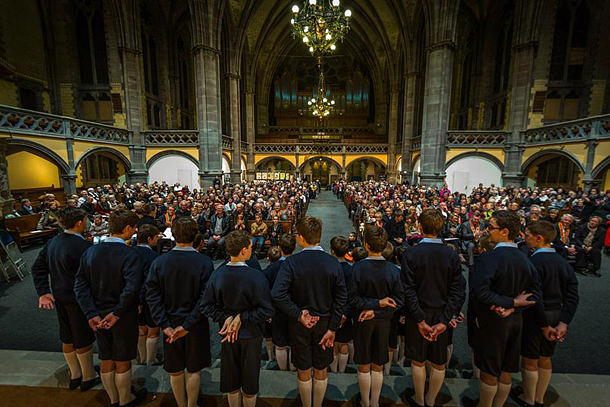 Christmas is just around the corner and there are many ways to celebrate, like going to a warm Christmas concert presented by a famous boys’ choir from Paris. The Little Singers of Paris will hold a two-day concert at the Seoul Arts Center. See MUSIC, left.

The boys’ choir is gaining more and more popularity through their active overseas tours, performing in Switzerland, Germany, Japan, Russia, China and Taiwan in 2016 alone.

The choir will tour across the country, starting from Yonsei University’s 100th Anniversary Memorial Hall on Dec. 8, then stopping at cities like Seongju, Busan, Yongin, Ulju and Gimpo, before ending it with two concerts at the Seoul Arts Center.

Dec. 18: To celebrate this year’s Christmas, pianist Steve Barakatt is coming to Korea to present four Christmas concerts throughout the country, starting with one in Seoul’s Lotte Concert Hall. He’ll then move down to Ansan, Gyeonggi on Dec. 22, then visit Guri Art Hall on Dec. 23 and finally celebrate Christmas Eve with Ulsan citizens the next day. Barakatt is not an unfamiliar musician to Koreans, as he celebrated his 20th anniversary of visiting Korea last December.

For the concerts, he will be visiting with his band and once again perform his vast symphonic work as well as a Christmas carol medley.

The Seoul concert starts at 5 p.m.

For the past few years, Park has held annual year-end concerts with different male artists such as YB, Kim Bum-soo, Fly to the Sky, and many more.

This year, however, she has organized a solo concert.

Dec. 25: Singer-songwriter Echae Kang surprised many with her recent solo album “Radical Paradise.” Listeners were enthralled by the harmony Kang’s dreamlike voice formed with the classical sound of the violin. Kang is a graduate of Berklee College of Music, and she showcases works that range across diverse genres, from classics to jazz.

Her music has been well received among listeners, with one of her songs having marched up to third place in the K-IndieChart, a music chart for indie music. 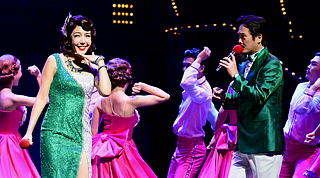 To Feb. 5: A musical bound to mesmerize not only spectators in their 20s or 30s but older generations as well has arrived. The stage is the United States in 1960s, and Marge is about to get married to her first love. But on her wedding day, her groom Leonard appears, only to declare that their love is over.

Marge’s best friend Lois takes her brokenhearted friend on a vacation to Paradise Resort, where Marge planned to honeymoon. During their vacation, the two women run into the resort’s star singer Del and Gabe, a shy worker at the resort.

Along with the four, other friends, Harvey and Esther, add to the thrilling love story at Paradise Resort.

Harvey works at the resort as the MC for its show, and Esther is an attractive owner at the resort. Harvey has been in love with Esther for 20 years, but has never managed to show his feelings for her. The story unravels through splendid stages of song and dance. 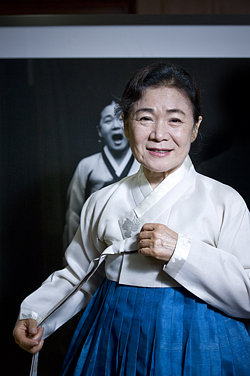 Dec. 31: The National Theater of Korea invites people to welcome the New Year with a pansori (traditional narrative singing) stage. Pansori master Ahn Sook-sun will sing another pansori in full this year, mesmerizing the audience through the touching tremors in her voice and witty storytelling skills.