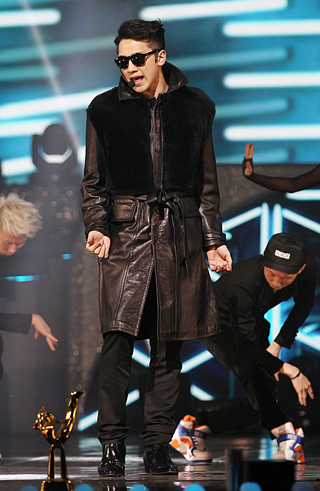 Pop star Rain is set to return with a brand new album next month.

“The singer is currently in the production stages of his latest album with a goal of releasing it sometime in January,” said the singer’s agency Rain Company on Tuesday. The album will be the singer’s first studio effort in three years since his previous record “Rain Effect” released in 2014.

The pop star has been focusing on his international career since the conclusion of his role in the SBS drama “Please Come Back, Mister” in April.

He reportedly concluded filming the upcoming Chinese drama “Endless August,” in which he co-starred alongside Victoria of girl group f(x).

Additionally, the singer’s world tour “The Squall” has continued for over a year, with his next show scheduled to be held in Singapore on Dec. 30.