Chevy’s Bolt EV can get to Busan on one charge

Chevy’s Bolt EV can get to Busan on one charge 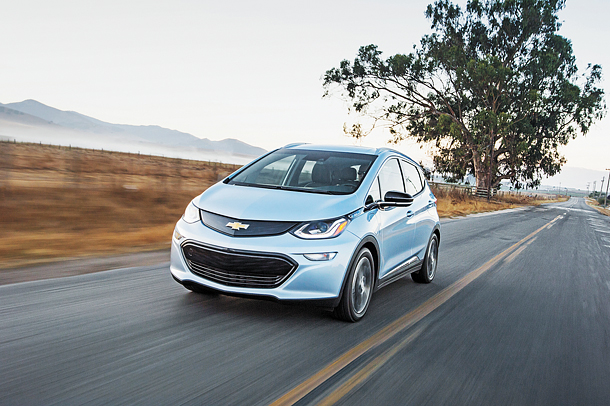 GM Korea’s Chevrolet Bolt EV can travel 383 kilometers (239 miles) on one full charge, the longest distance among EV candidates that confirmed their debut in Korea next year. [GM KOREA]

GM Korea, poised to launch the fully electric car Chevrolet Bolt EV early next year in Korea, confirmed Tuesday with the Ministry of Environment that its vehicle can travel 383 kilometers (239 miles) per charge.

It can now drive the longest distance with one full charge among the vehicles set to debut next year.

“Bolt EV is able to travel from Seoul to Busan with one charge,” said James Kim, president and CEO of GM Korea. “It is going to change the paradigm of Korea’s EV market.”

The retail price has not been revealed. Its U.S. price is an estimated $37,500 before tax incentives.

Aside from Bolt EV’s launch, Korea’s green car industry is expected to be dynamic next year.

Tesla Motors, originally scheduled to launch this year, is expected to open its first showroom in the Starfield Hanam mall in Gyeonggi next year as well as begin sales of its S 90D model. The vehicle, which can go 470 kilometers on one full charge, has been registered with the Ministry of Environment, but its debut is yet to be confirmed.

The Tesla S 70D model, which local car-sharing company Socar individually imported, can go 386 kilometers per charge. However, the model is not for commercial sale.

China’s BYD may enter the Korean market next year as well. It registered its Korean branch in October on the so-called carbon-free island of Jeju. The company is expected to sell the electric K9 bus and e6 crossover SUV. The e6 can travel up to 400 kilometers on one full charge.

Meanwhile, Hyundai Motor’s Ioniq confirmed with the ministry early this year its travel distance of 191 kilometers per charge. It is currently the longest-range EV available on Korean roads. BMW, whose i3 which is able to travel 132 kilometers, recently introduced at the Paris Motor Show a model that can travel up to 300 kilometers. Its launch date hasn’t been confirmed.