Preserving the intangible elements of humanity : How Korea works with Unesco to conserve global cultural heritage

Preserving the intangible elements of humanity : How Korea works with Unesco to conserve global cultural heritage 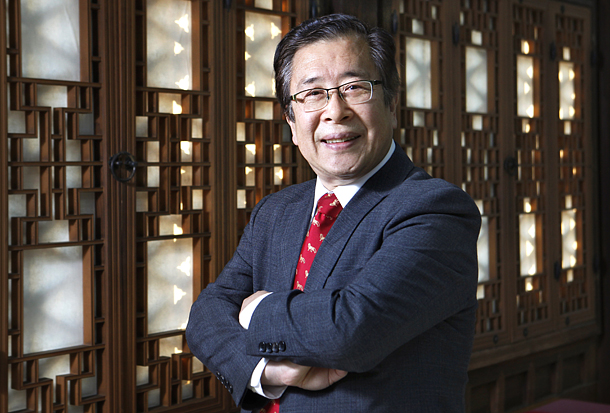 Things that are described as “intangible” oftentimes baffle people.

But it doesn’t mean they are of less value. There are those who say that the most important things in life are intangible - like air, warmth, love or faith.

American essayist, poet and philosopher Henry David Thoreau (1817-62) put it quite romantically saying, “The true harvest of my life is intangible - a little star dust caught, a portion of rainbow I have clutched.”

When you talk about tangible heritage items, people tend to think of things like the remains of an old castle or jewelry unearthed from tombs. But, it may take some time before people can think of specific examples of intangible heritage.

Korea is considered one of the most active countries in identifying and preserving intangible cultural heritage items - for instance, the craftsmanship used to weave traditional clothing or the performance skills used to walk a tightrope.

This, according to critics, is because Korea experienced an invasion, a war, industrialization and globalization over a short period of time in the 20th century, leaving many of its cultural heritage items endangered.

The International Information and Networking Centre for Intangible Cultural Heritage in the Asia-Pacific Region under the auspices of Unesco located in Jeonju, North Jeolla, releases publications and hosts conferences related to the topic of intangible cultural heritage throughout the region.

As Korea recently added the female divers indigenous to Jeju Island known as haenyeo to Unesco’s list of Intangible Cultural Heritage of Humanity, the Korea JoongAng Daily sat down with Kwon Huh, the organization’s director-general, to further learn about intangible cultural heritage, the organization and more.

Below is an edited excerpt from the interview.

In 2003, the Convention for the Safeguarding of Intangible Cultural Heritage was passed by the Unesco General Conference. Korea has added 19 items to Unesco’s list of Intangible Cultural Heritage of Humanity. They include (from left) the royal ancestral ritual in the Jongmyo shrine and its music; jultagi, tightrope walking; the weaving of mosi (fine ramie) in the Hansan region; the culture of Jeju haenyeo. [JOONGANG ILBO]

Q. How did Unesco get interested in intangible cultural heritage?

What was the main turning point?

Tell us more about the process leading to the 2003 Convention.

In fact, there was some resistance for the 2003 Convention from European members. For starters, many European countries said that they did not really get the concept and secondly did not see the need. For us, that our traditional culture is endangered and therefore needs to be protected is so easy to grasp. But for many European countries, where traditions like Easter and Thanksgiving are being carried on, that wasn’t the case. But African and Asian countries that were experiencing industrialization, westernization and colonization were desperate. So the 2003 Convention was born amid the conflict between developed countries and developing countries.

Why do you think Korea is so keen on intangible cultural heritage?

Korea experienced a cessation in its traditional culture getting passed down to the present generation. There was the Japanese colonization (1910-45); Korean War (1950-53); and rapid industrialization. They occurred together and they were all extreme. For instance, all those separated families from the Korean War have left their hometowns and leaving their hometowns often mean losing their culture. In that sense, Korea is a country that put its cultural heritage at risk. But as our center works with other countries in the Asia-Pacific region, we learned that many are only in the early stages of adopting a system to identify and preserve intangible cultural heritage.

What are some things to learn from the other countries in the Asia-Pacific region?

Tell us more about the shortcomings of Korea’s system regarding intangible cultural heritage.

Last but not least, is there any intangible heritage skills that you would like to acquire one day?

I would like to learn calligraphy one day. People who are into performing arts often learn teamwork and harmony, while those who are in visual arts learn to reflect on their inner selves and have an insight into the world. I hope teachers and parents study further into these educational and psychological effects of different genres of intangible cultural heritage so that intangible cultural heritage can really be part of our daily lives.