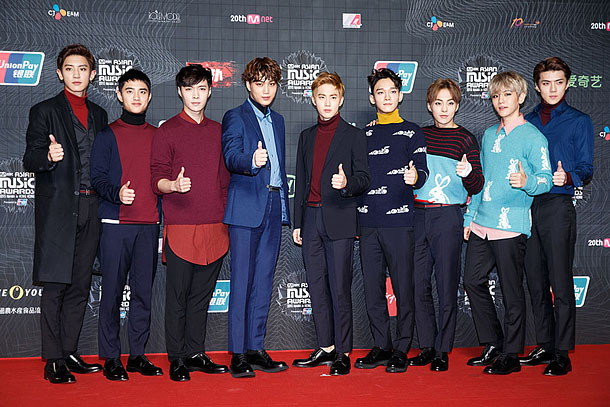 Their upcoming record “For Life,” which will include five songs of “varying genres,” will be released on Dec. 19.

The group kicked off their holiday tradition of releasing a holiday album with the release of their record “Miracles in December” in 2013, and has continued to spread cheer with “The Winter’s Tale” (2014) and “Sing For You” (2015).

The boy band has kept busy throughout the year with hit album releases and solo activities. Their recent album “Ex’act” was released in June and has sold over one million copies so far, earning the Album of the Year award at the 2016 Mnet Asian Music Awards.

Additionally, Exo-CBX, a subunit of the group, has been promoting their latest record “Hey Mama!” while band member Lay revealed his solo record “Lose Control” in October. On the acting front, D.O. was confirmed to join the cast of the upcoming film “Room 7,” while Chanyeol’s upcoming MBC drama “Missing Nine” is expected to air in January.