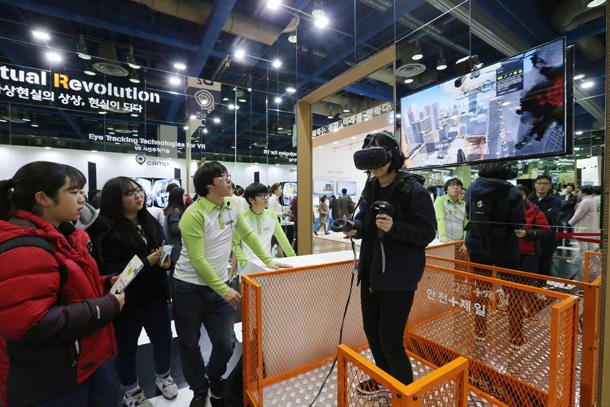 The Ministry of Strategy and Finance, which oversees economic policies, is on high alert as it prepares to announce the economic policy direction for next year. The growth projection is falling, and the effects from U.S. and Chinese variables are growing. Also, the ministry must come up with a plan to help households and businesses that have been discouraged by the political uncertainty of the past two months.

But the most urgent concern is how to deal with Park Geun-hye’s creative economy brand, which has been prioritized over the last four years. The leadership of the president has collapsed, and most projects bearing the name have sputtered due to the involvement of Choi Soon-sil. It is like the star of an ad campaign is involved in a serious scandal.

Some officials say that what’s important is the content, not the title. Ventures, culture and service industries will determine the future of the economy to supplement the declining manufacturing sector. So they would continue with the direction but not emphasize the packaging of creative economy. In short, they are seeking an “orderly exit” from “creative economy”. Fourth industrial revolution is one of the few slogans considered.

The course of creative economy resembles that of “green growth” in the Lee Myung-bak administration. They share the structural misfortune of a five-year, single-term presidency. Creative economy has expired early. But when you look at the content, they are mostly long-term projects, and their importance does not diminish with administration changes. Yet they are “accelerated” to meet the five-year term, and in the new administration, they are scrapped again. When policies are discontinued and rewritten so often, the economy pays the price.

There is a policy that has met a tragic end in another sense: welfare without tax increase. This month, the National Assembly passed an income tax increase bill, officially ending it. From the beginning, its sustainability was doubtful, but the administration chose a detour to “hold out for just five years.”

The outcome is a substantial tax raise without sufficient consensus and the consequent alienation of the public. Tax revenue through October grew 23 trillion won ($19.7 billion) compared to last year. While the combined rate of economic growth and inflation is less than 4 percent, tax revenue grew 12 percent.

The next unfortunate policy is likely “bloodless restructuring.” The official government title is “enhanced competitiveness of major industries.” However, most specialists consider it tossing the burden to the next administration by injecting anesthesia instead of conducting an operation.

The National Assembly chose impeachment, and the fate of the president rests with the Constitutional Court. Politicians say that it is now time to work for the economy and livelihood of the people. But as long as the structure of a pathetic president creating an unfortunate economy is intact, the livelihood of the people won’t improve. The time has come to do the homework we have put off.


*The author is the deputy business news editor of the JoongAng Ilbo.