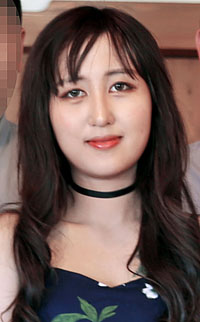 The Korean Equestrian Federation signed off fake documents for presidential confidante Choi Soon-sil’s daughter, Chung Yoo-ra, to excuse her absences from high school and offer credit for social volunteer work she never did, according to a joint investigation by the Ministry of Culture, Sports and Tourism and the Korean Sport and Olympic Committee on Wednesday.

The Culture Ministry requested that the Korean Equestrian Federation punish every official who gave the 20-year-old preferential treatment. It also pledged to fully cooperate with the independent counsel that is currently digging into the influence-peddling scandal surrounding her mother and President Park Geun-hye.

The Korean Sport and Olympic Committee will soon be forced to penalize Chung, an equestrian athlete who gained admission to the prestigious Ewha Womans University last year after applying for a spot available to students with special sports talents, said the ministry.

The university has yet to kick Chung out, although its board of trustees demanded earlier this month to “eternally expel” her and punish 15 school officials who gave her leeway in admission, test scores and class attendance records.

According to the probe, the Korean Equestrian Federation, with which Chung is affiliated, issued a letter to Chungdam High School in southern Seoul asking it to excuse Chung for a three-month training session between March 24 and June 30, 2014. The letter was sent on March 31, 2013.

But it turned out there was no training during that period. It is unclear what exactly Chung was doing at that time.

An executive director at the federation also ordered his junior employee to give Chung certifications confirming she had served 40 hours of volunteer work for the local community over five occasions.

When Samsung Group offered 50.5 billion won ($43.1 million) in sponsorships and asked the federation to recommend 20 key recipients, including 10 equestrian athletes, Chung was among those chosen. The Culture Ministry, however, did not say whether she was qualified enough to be funded.

Aside from the allegations circling Chung, the Culture Ministry and the Korean Sport and Olympic Committee discovered the Korean Equestrian Federation had been exploiting a myriad of administrative loopholes over the years.

Documents detailing Chung’s training sessions were missing a lot of information when officials from the Culture Ministry requested them for its probe, such as Chung’s own signature, the venue of the training and which coach was on site.

The federation’s executive board, which chose who would determine whether the athletes would make the final cut for the national team in the 2014 Incheon Asian Games, was supposed to seal documents keeping the evaluators’ identities confidential. It did not, and the list was leaked.

It is not known how this affected Chung, who made the national squad that year and won a gold medal in the team equestrian competition. Chung is currently on leave from Ewha Womans University.

Rep. Ahn Min-seok of the main opposition Minjoo Party of Korea, one of 18 members on the bipartisan special legislative committee that has been grilling key suspects in the political scandal since last week, claimed Wednesday he tracked down Chung’s home in Germany during a recent visit there.