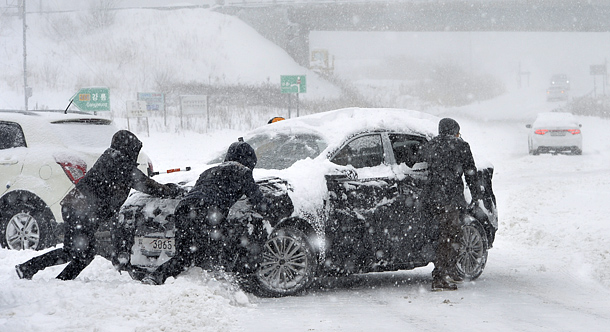 A cold spell swept the country on Wednesday.

The harshest cold spell so far this winter season chilled the entire country from noon on Wednesday.

According to the weather agency, this morning temperatures in Seoul will plummet to minus 8 degrees Celsius (17.6 Fahrenheit), 6 degrees lower than the previous morning.

It will be much colder on Friday as morning low temperatures in Seoul will plunge to minus 9 degrees Celsius and will remain below freezing in all regions except Jeju Island and some southern coastal areas.

The cold weather will be mitigated this weekend, though, the weather agency said.