Over twenty injured after illegal dump of gunpowder

Over twenty injured after illegal dump of gunpowder 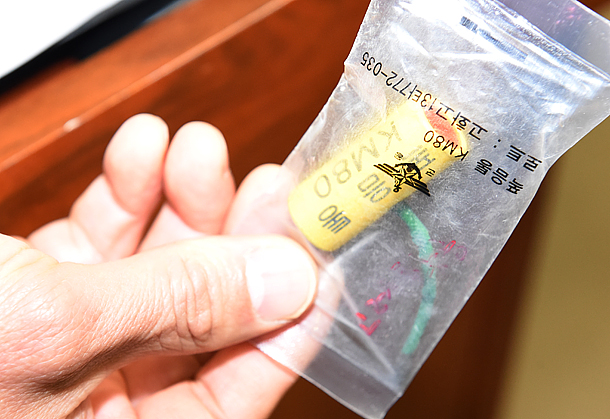 A canister of the gunpower in question. [NEWSIS]

The explosion at a Korean Army unit in Ulsan, 190 miles southeast of Seoul, which injured over 20 soldiers on Monday, was caused by a sergeant first class who ordered his junior ranks to illegally dump piles of gunpowder on a training field.

The conclusion was announced by military police investigators during a press briefing at Ulsan’s city government office on Wednesday. Ten soldiers are receiving medical treatment for light burns or eardrum ruptures, while the most severely affected serviceman had three of his toes amputated after a surgery to mend his ankle.

Authorities said the suspect, who is in charge of managing ammunition, ordered four to five junior soldiers to dump the gunpowder out of fear he might be reprimanded for not deploying enough of it during training. Among the 1,842 canisters of gunpowder allotted to the unit this year, around 1,600 were unused.

The sergeant admitted he ordered the canisters to be emptied and the 5 kilograms (11 pounds) of gunpowder scattered on Dec. 1, according to Jeong Young-ho, a lieutenant colonel who is on the investigation team.

The suspect submitted a false report that all the canisters were emptied due to training, violating laws that state any leftovers must be documented and used the following year. Most of the canisters that were dumped out had only been used up to 15 percent of their total.

A lieutenant colonel and commander were informed of the suspect’s scheme, said the investigation team, but did not stop him. The only guideline the commander gave him was to carry out the plan “over several occasions on rainy days because it might be dangerous.”

The blast erupted Monday a little before noon when a soldier was raking leaves on a training field and the rake made contact with the gunpowder. A military spokesman said that, although the substance was of “low quality” in terms of destructive power, an “entire building can completely explode” when 5 kilograms of such gunpowder is piled up in one area.

Military police said it would widen its probe to figure out whether any other Army units in the country were employing similar schemes.