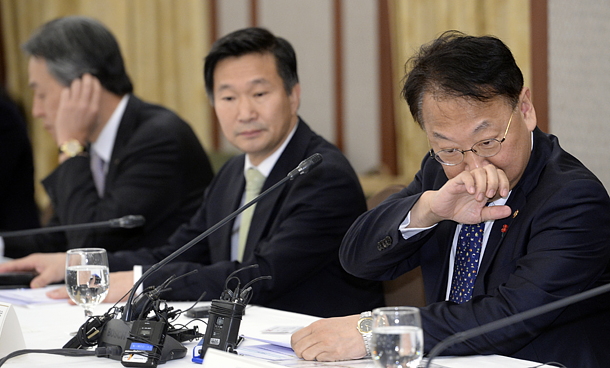 Finance Minister Yoo Il-ho meets with heads of companies with large foreign investments and foreign commerce associations at the Press Center building in central Seoul on Thursday. Yoo was skeptical about speculation that the U.S. Federal Reserve will raise its key interest rates three times next year. [NEWSIS]