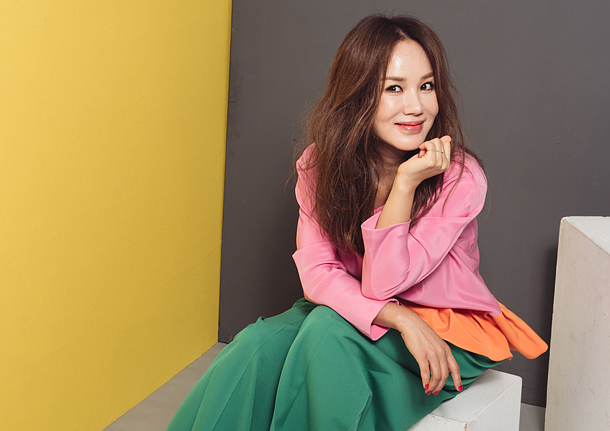 According to a teaser image revealed by Uhm’s agency Mystic Entertainment on Thursday, her upcoming tenth album “The Cloud Dream of the Nine” will drop Dec. 27.

Her agency also announced that her comeback performance will air live on SBS’ upcoming year-end music show “2016 SAF Gayo Daejeon,” which will be broadcast on Dec. 26.

The singer’s album was produced by Cho Young-cheol, who is regarded as a hitmaker for female pop stars. He previously produced singer Gain’s “Carnival” and “Paradise Lost,” as well as IU’s “You&I” and “The Red Shoes.”

Additionally, the album will feature a number of guests, such as Yoon Sang and Lee Hyo-ri. Uhm made her music debut with her first single “Pupil” in 1993. She is widely regarded as one of the queens of Korean pop music with a string of hits including “A Rose of Betrayal” (1997), “Poison,” “Invitation”(1998), and “I Don’t Know” (1999).