‘Romance’ fails to be everything at once

‘Romance’ fails to be everything at once 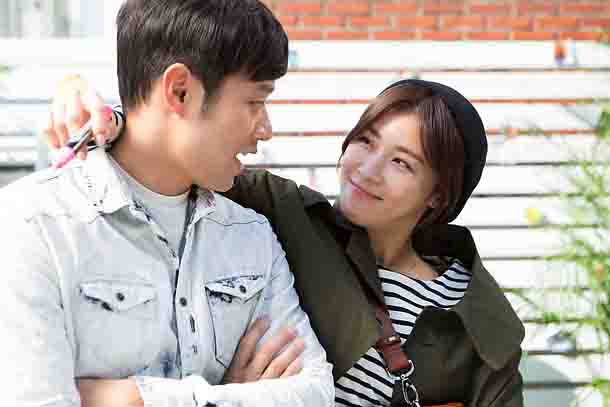 “Life Risking Romance,” starring Ha Ji-won and Chun Jung-myoung, is a mixture of romance, comedy and thriller that fails to properly mingle with one another. [OPUS PICTURES]

Director Song Min-gyu aimed to make a romantic comedy that flips the stereotypical and frequently predictable story often told in the beloved film genre. With his new film “Life Risking Romance”, Song includes bits of everything from romance to comedy and even thriller. Unfortunately, the hodgepodge of categories fails to smoothly mingle with one another, leaving audiences walking out of the theater feeling confused by the story that had just transpired on screen.

Starring actress Ha Ji-won and actors Chun Jung-myoung and Bolin Chen, the film revolves around a once renowned mystery writer Han Je-in (Ha), who hasn’t been able to get published in the last five years.

In an attempt to regain her reputation as a bestselling novelist with a novel about an active serial killer in Itaewon, central Seoul, Je-in tries to crack the case with the help of her longtime cop friend Seol Rok-hwan (Chun).

While privately tracking down the serial killer, Je-in meets a mysterious FBI agent Jason, who Je-in believes is the primary suspect. Ironically, the novelist ends up receiving help from him to dig deeper into the case. Along with Rok-hwan, who has long had a crush on Je-in, the three get stuck in a love triangle.

Despite the film’s efforts to be funny, the material it uses, such as Je-in’s inability to hold in flatulence, seems too contrived and unconvincing to the 15 and older audience. The director’s decision to use the physical humor of the characters as the main function of humor instead of creating funny situations comes off as naive and the actions fail to meet their goal.

But that doesn’t necessarily mean it succeeded in pulling off the romance either. While it adds what is supposed to be a budding romance between Je-in and Jason from the beginning until the middle, the protagonist quickly ends up with a different love interest which feels predictable and overly emotional, making it difficult for the audience to either sympathize or relate to their relationship.

The film also makes too many unnatural and sudden twists throughout the story, forcing the audience to be tricked by ideas that are obviously not going to happen.

The movie leaves the audience feeling quite unfulfilled. For those looking for a movie that is only slightly funny, only slightly romantic and only slightly scary, “Life Risking Romance” wouldn’t be a bad choice. But for moviegoers that are looking for something faithful to its genre, this is one to skip.