Beast has new label, possibly a new name, too

Beast has new label, possibly a new name, too 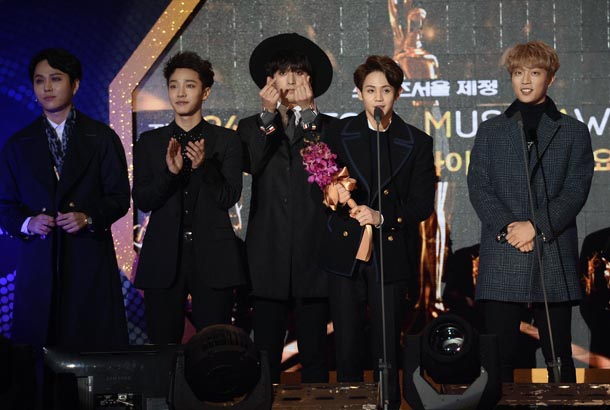 Boy band Beast announced the establishment of Around US Entertainment, a new independent label that will manage the future activities of the band’s five members.

The announcement marked the end of a search for a new home after the group’s contracts with its former agency Cube Entertainment ended in October. In an official statement introducing the label, the company said it chose its name in an effort for its artists to grow closer with their fans.

“We think the artists still have a long way to go,” said the company. “We promise to try our best in order to ensure the happiest moments for both the artists and their fans.”

Whether the group will be able to continue using its very name is unknown. Reportedly, their former agency retains the trademark for the name until 2026, and will also have the right to extend ownership afterwards. Both the group’s current and former agencies said they will negotiate in the future.

Meanwhile, the announcement of the group’s new label comes two days after former band member Jang Hyun-seung renewed his contract with the former agency. Jang left the band in April after seven years to pursue a solo career.