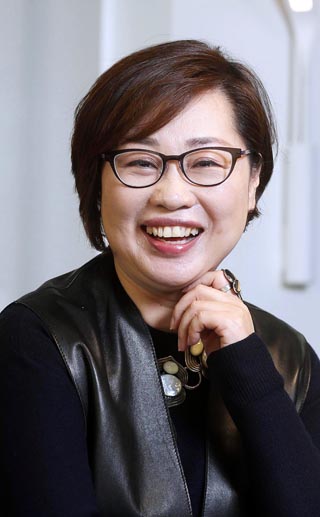 December is considered a month of light when the Christmas holiday brings festive color to the city skyline at night.

“A light designer is the one who creates space with light,” said Jung Mee, head of the lighting company EONSLD, during a presentation at the annual general meeting of LUCI, an international network of urban lighting professionals, held in November at Dongdaemun Design Plaza in central Seoul.

“People’s desire for light changed with time,” she said. “From using light to help with our survival and productivity, people now want light to give relief to their minds. The focus has shifted towards light for humans rather than flashing objects.”

“When light is used in a restrained way, it can make space elegant. Fitness is important because it can also help save energy,” Jung continued, “The notion of digital emotion is something that designers should always keep in mind. With advanced science and technology, designers have more resources. The design should be future-oriented, incorporating cutting-edge technology and nostalgic moods.”

“Seoul’s urban light is dynamic yet calm at the same time,” she said, “Big road signs and the bright red LED crosses have become symbols of the country. On the other hand, when you imagine a tranquil palace at night under the moonlight, it conjures silence.”

She said Seoul’s light can be described as bibimbap (a mixed dish of rice, vegetables and often meat), likening the varied hues to the colorful vegetables placed on the top of the dish.

“The important task of Korea’s lighting designers is combining dynamic and calm elements to make Seoul a more attractive city,” she said.

When asked about her most challenging project, she cited Lotte World Tower, a 123-story multi-purpose building in Jamsil, southern Seoul.

“It took me over six years just to draft the lighting design for the 123 story building,” she said.

Even though light is enmeshed in modern life in Seoul, there are no instruction courses or programs for aspiring light designers.

“I always feel responsibility for young designers,” Jung said, “So, I recently started a lecture program and it has been well-received by those who want to become light designers.”