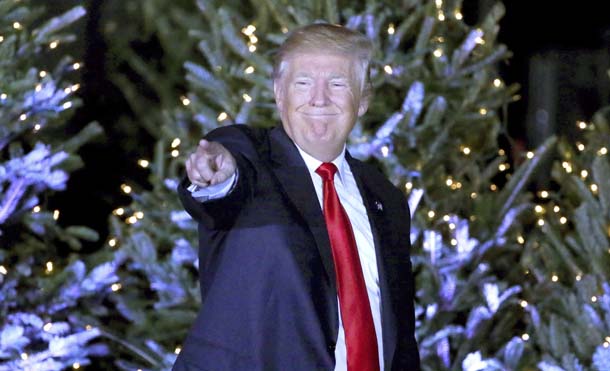 As the end of the year approaches, I am often invited to various events and asked the same questions. At the New Year’s party hosted by China’s State Council Information Office, Chinese officials and foreign correspondents in Beijing asked me without exception, “Who do you think will most likely be the next leader of Korea?”

Correspondents from North Korea’s Rodong Sinmun and Korean Central News Agency also asked me, “Who will be the president after Comrade Park?” Some Chinese openly asked, “Which of the mentioned candidates oppose Thaad deployment?,” referring to the United States’ antimissile system on the Korean Peninsula. “Will the election result change the Thaad deployment decision?”

What could I say in response to such questions? All I could tell them was that it was unpredictable and that we were all in the fog.

On the other side of the Pacific, the United States is also in thick fog after the election of Washington outsider Donald J. Trump. Predicting his foreign policy direction has been difficult. After President-elect Trump spoke with Taiwanese President Tsai Ing-wen over the phone and said the “One China” policy could be on the negotiation table, Beijing was turned upside down.

China could no longer sit back and watch as Japanese Prime Minister Shinzo Abe personally visited Trump. It sent Yang Jiechi, a high-ranking member of the State Council, to New York to meet with Michael Flynn, Trump’s designee for national security adviser. It was a sort of reconnaissance mission.

The problem is that tension will not be limited to between the United States and China. Trump mentioned the North Korean nuclear issue as one of the matters that Washington could use along with Taiwan relations as leverage to negotiate with China. Ever since the United States deployed an aircraft career fleet during the Korean War, the Taiwan issue has always been a variable directly and indirectly related to the Korean Peninsula.

In the next six months to year, the Trump administration will design the main frame of its foreign policy. U.S.-China relations will be affected, and the surroundings of the Korean Peninsula will fluctuate consequently. Just as George W. Bush overturned every one of his predecessor’s policies in his “Anything But Clinton” approach 16 years ago, Trump is likely to pursue “Anything But Obama.” With it, we can expect changes in Washington’s approach to North Korea.

The short period of time when Trump prepares his foreign policy is the “golden time” for diplomatic communications between Korea and the United States. But Korea currently faces a leadership vacuum. The Trump camp says they don’t know who to talk to in Seoul, and Hwang Kyo-ahn’s interim government is innately limited in taking control of the situation.

The ruling and opposition parties need to cooperate and issue a bipartisan voice on foreign policy and security issues. Partnership is crucial in diplomacy. We must not forget the lessons of the Sewol ferry tragedy and not miss the golden time.