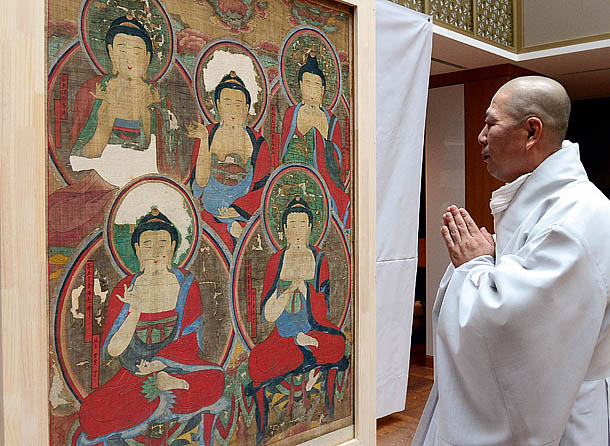 An 18th-century Buddhist painting that was taken to the United States in the 1980s returned home recently. The painting - made by Uigyeom, a Buddhist monk and painter, in 1725 - depicts five Buddhas and was part of a series of 53 Buddhas placed in Songgwang Temple in Suncheon, South Jeolla. Robert Mattielli, an American who bought the painting in an antique shop in the 1970s and took it home in 1985, decided to return the painting to Korea after Korean researchers found out that the painting ended up in the antique shop after it was stolen from the temple in the 1970s. [AP/NEWSIS]