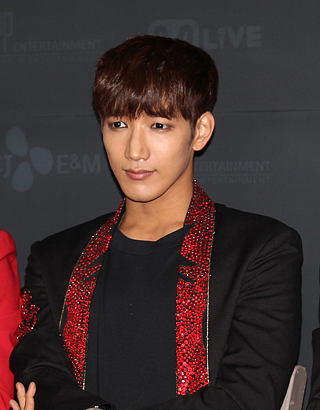 The singer’s upcoming “Jun.K Solo Concert Mr. No” live event will be held at the Yes24 Live Hall in Gwangjin District, eastern Seoul on Jan. 14 and 15.

The performer dropped his first Korean solo record “Mr. No” in August, and re-joined his boy band soon after for their latest record “Gentlemen’s Game” in September. He later embarked on his third Japanese solo tour in November to promote his Japanese mini-album “No Shadow,” which was released on Dec. 14. The record debuted at third on Japan’s Oricon Daily Album charts.

The singer debuted as a member of his band in 2008 with their first single “10 Out of 10,” and later developed into a music producer, having written some of the group’s biggest hits including “Go Crazy!” and “My House.”

Tickets for his upcoming concert are now available for official fanclub members through Yes24. They will become available for the general public on Dec. 29.